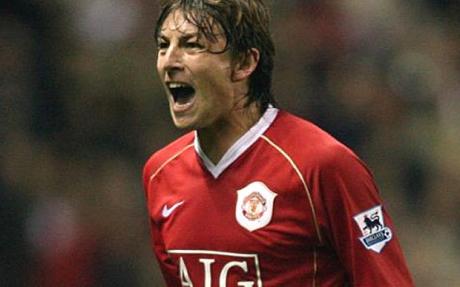 Sorry about that. I believe my coat has been burned and my hat stomped upon after that lame ass headline.

But, its early morning and I can’t help it because I’m about to make some breakfast for my dear, dear lady. Stomach’s rumbling too so that doesn’t help either.

Personally, I’ve always wondered why no one ever used the ketchup connection with Gabriel Heinze. The only reason I could come up was that Heinze never played for FC Dijon… Har! Har!

Anyways, it seems like the coaches and teams of the Indian Super League have realised what the whole world of football knew all along – that defenders have a longer footballing life than midfielders and strikers.

After all, it’s not like five of the 16 oldest players ever to have played in Italy were legendary defenders. These were Alessandro Costacurta, Pietro Vierchowod, Paolo Maldini, Javier Zanetti, and Robert Sensini. Of the other 11, by the way, 9 were goalkeepers, one striker (!), and one unknown. Also, Costacurta played till he was 41!

Clearly, the Indian Super League franchises have noticed that if they want their ISL Marquee players to shine and add value to the teams, then they need to focus on defenders a little more because as of now they don’t have the reputation to draw in players at the peak of their careers.

Heinze, Cambiasso, and Lugano to Be a Part of Delhi Dynamos FC 2015 Squad

The football enlightenment that Indian Super League franchises have gone through has resulted in most clubs targeting defenders. In the case of the Delhi Dynamos FC 2015 squad, this means Gabriel Heinze, Diego Lugano, and Esteban Cambiasso. What are these potentials like? Here are small blurbs on each. Some of you might say that Esteban Cambiasso isn’t a defender. To you folks, I will say that technically he isn’t but he does play like one.

Cambiasso is a defensive midfielder first and foremost. While he’s capable of springing some attacks from the deep lying position in midfield, those have always been few and far between.

Cambiasso has been playing for Leicester City this season and I don’t think he’s going to come to India unless the Foxes don’t want to keep him. Granted, his contract is about to expire but if the Foxes can avoid relegation as they seem to be doing right now, I doubt he’ll choose to jump ship.

Leicester City, for your information, is one point clear of the relegation zone and looking in good form. They’ve won five of their last six matches and only Chelsea and Arsenal (top 2 in the league) are better in terms of form. For my money, they won’t go down since two of the three teams they are yet to play are Sunderland and QPR. So, you can, more or less, forget about Cambiasso being in India. Heinze and Lugano on the other hand are traditional defenders. I’ve always liked Heinze, even though he played for Manchester UTD and that I hate ketchup.

Ketchup is something you use when there’s no flavour in the food but then why would you eat flavourless food that makes you want to use ketchup. That’s a purpose of existence level dilemma right there.

After turning out for some of the biggest names in European football like Manchester United, Real Madrid, Roma, Marseille, and Paris Saint Germain, Heinze went back to his first club.

In other words, he became old and joined his oldest club called Newell’s Old Boys – see what I did there, old boy? Oh, just in case, you didn’t catch on, Heinze is 37 years old.

I still remember his five second performance against Liverpool. Watch him own the three different attackers from Liverpool on that one. This little video typifies Heinze and I truly hope that he can be a part of the Delhi Dynamos FC 2015 squad. As for Diego Lugano, I’ll admit I don’t know a lot about him. I haven’t really followed the big teams he’s played for. I mean who follows Fenerbahce and Malaga?

A generic search online makes me think that Lugano is a standoffish, fish out of water, limited type of defender who likes to take up good positions to intercept and hoof the ball clear.

He is a Uruguayan international so that has to count for something, right? Right? I am clutching at straws here. Someone help me out and tell me why it would be good for Lugano to come play in India. Even if you tell me that he looks like a member of The Brady Bunch (look it up), I will accept it.

The way Delhi Dynamos FC handled their last season; I wouldn’t be surprised if they ended up getting Diego Lugano of the three. For me, give me Heinze any day – the defender not the ketchup. Yuck.