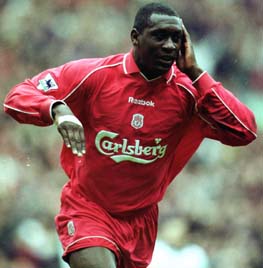 Its official folks. The Indian Super League is successful because the whole world has started lining up. The most recent names to be connected to the great ISL in the string of other ISL Marquee Players and Coaches include Emile Heskey and Peter “you shall not pass” Schmeichel!

Emile Heskey Could’ve Been One of the ISL Marquee Players Emile Heskey is one of the first few to jump onto the ISL bandwagon, claiming that he was asked by one of the teams in the league to come and play. Just in case you don’t know who Emile Heskey is, he was a stalwart of the English Premier League in a bygone era.

Heskey was the traditional English striker who lacked pace but not physicality. He was also considered by many to be a highly intelligent striker. In his time in England,

Heskey chalked up more than 500 appearances in the EPL with more than 300 coming for Liverpool and Leicester City. Heskey was also an England international off and on and has 62 caps and 7 goals to his name.

While Heskey admitted that he chose to stay in England when he was asked earlier, he seems to be regretting the decision because he says that he might consider coming to India in another 1 or 2 years.

I’ve always liked Heskey because he seemed like a decent enough player free from all the other trappings of football fame but I doubt he’ll be able to contribute much if he comes to India when he is 38. That’s a bit too much if you ask me. Besides, I don’t think he has the kind of pull to be an ISL Marquee player.

Peter Schmeichel as a Head Coach? The second name to be connected to the ISL this week is Peter Schmeichel. Schmeichel has claimed that he was approached by one of the ISL teams for the role of manager or head coach.

Schmeichel explained his absence by saying that he had to pull out of the deal because the ISL kept getting postponed. I believe this is Schmeichel’s subtle way of saying, ‘I am ready, please give me that chance again’.

I honestly don’t know if he has managerial experience but if I was to guess I would say no. I do know that since retiring Schmeichel has become a pundit of sorts in the English media.

He also appeared for the national team of Denmark 129 times. I guess you can equate his reputation to our own cricketing legend Rahul ‘the wall’ Dravid. Schmeichel’s arrival, if it ever happens, would mean the addition of another big name to the ISL, even if this one will be in the managerial role.

I do like the way the ISL is making waves all over the world. That too within its first season! I am kicked to see what happens to football in country. I can’t wait to take a walk through the neighbourhood and see each park filled with little footballers. After all, won’t it be fun to see D Block United go up against Sporting de E Block?