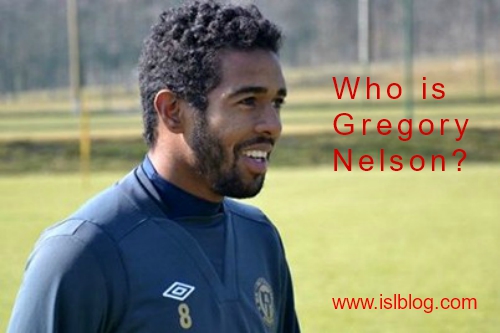 Gregory Nelson is the first unknown (relatively speaking) I’ll be scouting on this blog from my armchair. It is a comfortable armchair. In fact, it is so comfortable that I get super scouting powers from it. That is why the all the great scouts of the world need to see players in real life while I can scout them in my undy fundies.

Back to the subject of one Mr Nelson. He was a great freedom fighter in South Africa. Oops, wrong Nelson. Gregory Nelson is the subject of my attention today. Here’s my (armchair) scout report.

Who is Gregory Nelson? Gregory Nelson is a Dutch attacker who is currently on a world tour. He began in Europe but he soon after started moving eastwards. It is expected that Nelson is aiming for setting a record for the slowest time for travelling around the world. The man, to be honest, loves to travel and you can’t but help like someone like that.

Nelson started in the Netherlands with AZ Alkmaar. He played one game for Alkmaar before moving to RBC Roosendaal in the second tier of clubs in Netherlands. He swapped RBC for the Bulgarian side CSKA Sofia. From Sofia, he went to Metalurh Donetsk in Ukraine. Nelson returned to Bulgaria in 2015. He has since moved to Kazakhstan, Bahrain, and has now come to India. Maybe, he’ll go to Indonesia or even Japan next?

Oh, by the way, Nelson is at the peak of his career at 29 years old.

What Are Nelson’s Strengths? According to third-party estimates, Nelson is the most expensive player on the Chennaiyin books right now. He’s valued at around 800,000 Pounds or Rs 7 Cr. This is understandable because Nelson looks like one of those players who can unlock defences. He can do this in a number of ways. Let’s explore.

Nelson is a winger who can play on both wings. He can do this because he is good on both feet. While he is primarily a right-footed player i.e. right winger, he has a very decent left foot. His left foot is good enough for him to score goals with it. That isn’t something you can say for a lot of attackers these days.

As is the case with all two-footed players, Gregory Nelson is also very good with the ball. His dribbling skills are very good mainly because he’s quick and agile also. His agility means that he can change direction very quickly. Changing directions is easy for Nelson because his first touch is very sophisticated. In fact, you can say that Nelson changes directions with his first touch, on the turn. Not only that, once he’s changed direction, he also has the acceleration and pace to get away from his marker.

These kinds of players tend to be all about guile and technique but that isn’t the case with Gregory Nelson. He does the unattractive football work too. This means that he closes down defenders. He even steals the ball off and on in dangerous positions.

What Are Nelson’s Weaknesses? Nelson is about technique and agility or dribbling skills and pace. Whichever way you look at it, these kinds of players can’t compete physically for headers. Nelson is also lean and thin. He neither has the physique to compete for aerial balls nor the inclination. His game is all on the ground. Having said that, though; when required Nelson does manage to ride, and even initiate, shoulder barges successfully.

Still, not being able to compete for headers can be said to be a limitation. I call this a limitation because wingers often get the chance to ghost in on the far post and score off tap-in headers. Not only does Nelson not do headers but he also has a tendency to stay out of the box. Such players require partners or foils to be really effective.

Tracking back is also going to be a problem with Nelson. He’s primarily an attacker and makes no excuses for it. This is something that Chennaiyin FC will have to compensate for.

Stamina could be an issue for Nelson but this is purely a hunch. It isn’t based on any solid evidence. Fancy players in this price range tend to be temperamental and without the fitness levels of say an effective full-back. Gregory Nelson might be of this mould or he may not be.

What Can We Expect From Nelson in ISL-2017

Super Machans, you’re in for a treat. Gregory Nelson has all the ingredients to be a very effective attacker for Chennaiyin FC. I feel like Chennaiyin FC has tried to replace Stiven Mendoza with Nelson. He has the same kind of attributes. In fact, I think Nelson may end up being better than Mendoza even though it is a very tough act to follow.

I don’t think Nelson will have the same amount of goals in him as Mendoza but I do think he will wreak havoc on defences in India in one way or another. I expect him to be very effective on the ball and beat a lot of defenders.

John Gregory is an Englishman and if he doesn’t know how to use an effective, dribbling winger I don’t know who will. He will play Nelson on either wing, depending on the opponent or what players are available to him. If he puts Nelson on the right wing, I think he’ll have a target man in the middle. If he puts him on the left wing, then he’ll have a mobile forward in front of him.

If Gregory is feeling adventurous, he may even give Nelson the roaming role. I’m not completely sure he’ll do this, though, unless Chennaiyin FC is trailing and need a quick goal.

There aren’t a lot of interesting facts about Nelson that I’m aware of or can find. However, I do have some. Here you go.