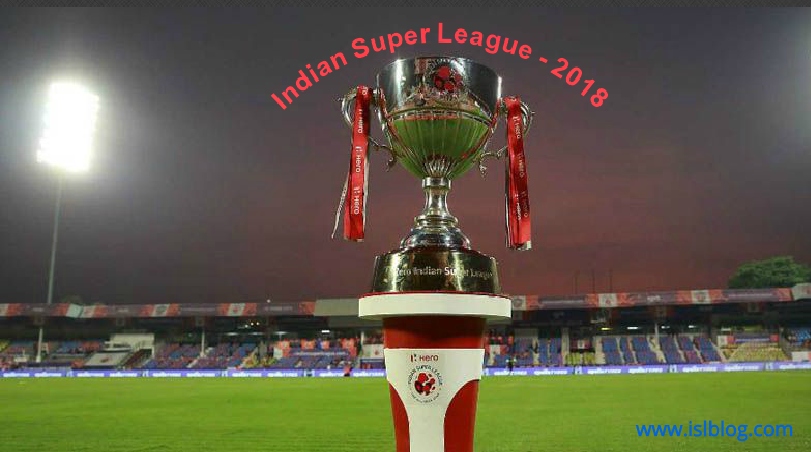 Enough politics though. I wanna write about the supposedly new rules of the upcoming season (you see, they haven’t been confirmed by official channels yet). Let’s dive into it right away, shall we? Trumpism – The opposite of altruism

While the world has been reeling under the onslaught of Trumpisms (yeah, I coin it and lay claim to it) and Trumponomics (yep, I’m at it again), us Indians have been quietly putting in place our own economic protectionism policies (our choice of weapon is bureaucracy + approvals + equity share limits) in place. More importantly, though, we’re reducing the number of foreign players we’ll allow in the ISL.

In ISL5, teams will only be allowed only 7 foreigners which is one less than what they were allowed in ISL4. This is an interesting one because the quality of football will not get affected. This is because the number of foreigners in the playing 11 will remain 5. It’s a good balance. There will be more Indians in the squad to learn from established foreign stars but the quality of football on the pitch will not get affected.

Quite nuanced – not something you expect from the AIFF. Foreign signings will have to still be approved but there’s another tweak in this. Foreigners that have played more than 1000 minutes last season will be automatically approved. According to my research, this means the following players.

I don’t think all of these players will be renewed or will renew. Some are attracting interest from abroad (Marcinho), some of already moved to another ISL franchise, and quite a few will probably be deemed not good enough to be renewed.

As it is all these players will get automatic approval from the AIFF. Barring this exclusion, ISL teams are required to get approval for a minimum of 5 of their 7 foreigners.

But wait, that’s not all. The story gets more complex. There is the AFC player angle. If the wording of these rules is, in fact, how the AIFF releases it, there will be lots of ambiguity with the AFC player clause. Now, this is the wording, as per Goal.

Convoluted, isn’t it? Does it say that one AFC player is mandatory? Nope. Is it a turnaround on an earlier rule barring the signing of AFC players? I don’t think so. Mamunul Islam played for ATK in 2014 and is all set to do so again in the upcoming season.

Here’s what I think this rule is. Keep in mind that this is supposition and nothing else. I think they’re trying to say that one AFC player will not be counted as a foreign signing (ducks head for flying shoes).

No Drafts Baby, Only Final Copies That sub-headline is the journalist in me peeking out. The change is spicy though. There will be no player drafts this season. I say good riddance. Most mainstream media houses may be ruing it because they were trying to hype up the drafts like they were coming from a volcano.

This means that there may be a few transfer fees to talk about although we shouldn’t hold our breaths for it. All transfers and signings will be done in the open market. I don’t think this rule change will have a bearing on this season.

However, I do think that it will have a long-term impact. Now, players will be signed for longer-term contracts (at least a few) and there will be less player movement in future seasons. I like this.

In case you were wondering, squad sizes remain the same with 22 being minimum and 25 maximum. Teams will also have to include a minimum of two developmental players (youngsters) in their squads. The salary cap has gone down from Rs 18 Cr to Rs 17.5 Cr. It won’t have a massive effect on anything. None of the teams was even approaching close to that ceiling except for maybe ATK and Bengaluru FC last season. Here’s the list and official numbers in descending order.

With the reduction of one foreigner and the exclusion of the marquee player’s salary from the ceiling, I don’t think anyone will give two hoots about this minor reduction. After all, what is Rs 50 Lakh in football? It is only us fans that see that amount as large.

It is worth noting that this ceiling includes transfer fees. This just means we won’t see a lot of traditional transfers. You’ll have the out-of-contract movements but no purchase fees (OMG, run for the hills). Reserve and youth teams are now mandatory for all ISL franchises. So, that’s one reserve team and one youth team with completely different players. All ISL teams didn’t have their reserve and youth counterparts last season.

This is definitely a good change, even though I’m sceptical of the kind of facilities these developmental teams will be afforded by their franchises. It’s good to be positive so we’ll wait and watch.

The Return of the Jedi with Update on ISL Rules

How Useful Are Indian Arrows In Modern Times?