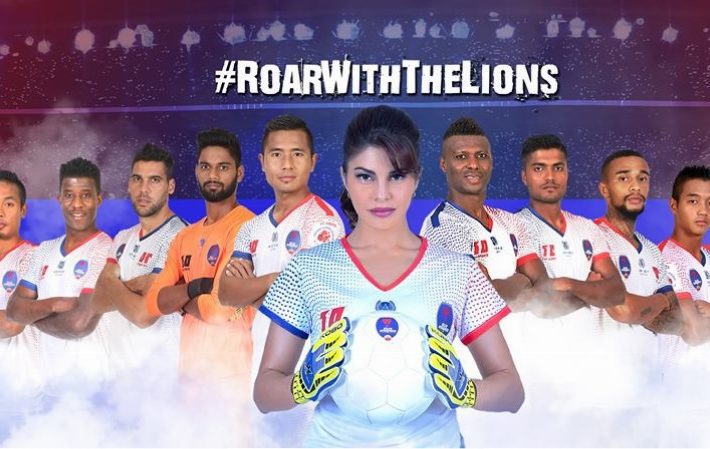 On the transfer deadline day, Delhi Dynamos FC may have struck gold not once but twice. Two of their last three foreign signings have the potential to be real star players. Gianni Zuiverloon is an excellent Dutch defender who will be an automatic first name on the team sheet for Josep Gombau. At the end other end of the pitch, they will quickly come to rely on the creative attributes of Adria Carmona who is a livewire of a player on the wings. I’m not entirely sure what Delhi Dynamos FC saw in Marti Crespi Pascual. I have a feeling that they needed a central defender but ran short of funds. Crespi is a Spaniard who is coming to India by way of China. From what I can tell, he isn’t that special.

He puts in a good shift, of course, but he will need to be a part of a defensive minded team to really make a difference. Crespi’s greatest strength, as is the case with all central defenders, is the tackle. His greatest weakness, however, is more glaring – positioning.

Crespi’s positioning can be suspect in various situations. He also lacks pace but that shouldn’t be something we hold against him. Most defenders in India, heck most players in India lack pace. Still, a defender without pace and acceleration needs a deep lying defensive setup to be of use. Otherwise, the opposition strikers will simply keep breaking the offside trap, rendering all defenders useless.

Even though he’s a central defender, Crespi can be deployed in the full-back and central defensive midfield positions as well. However, I don’t really think he will be playing those roles for Delhi Dynamos FC.

I will also admit that there isn’t a lot of information about Crespi out there so my “assessment” is limited by that fact. Even so, I think he maybe Delhi’s backup central defender as opposed to first choice. This guy, however, will definitely be first choice. I’ll be very, very surprised if he isn’t. Believe it or not, I remember Zuiverloon from the English Premier League when he used to play for West Bromwich Albion. I actually thought he was quite good then. I don’t really know why the EPL adventure didn’t work out for him.

Zuiverloon is an excellent defender. He possesses good pace, can head the ball, and keeps a cool head at all times. His style of play is to nip in and take the ball before the attacker has a chance to bring it under control. Sometimes, Zuiverloon manages to get the ball just before the attacker’s first touch.

But, that doesn’t mean that he goes down to get it. He almost always likes to stay on his feet, which is an excellent quality to have in your central defender. You don’t want them sliding all over the pitch on their arses like dogs who have just had a particularly bad bout of diarrhoea. Not relying on sliding tackles shows intelligence, intuition, and composure.

Zuiverloon’s secondary position is right back. He can do a fairly good job there as he is not ham-fisted in his feet, which is to say that he doesn’t have two left hands. Erm, you know what I mean. The man can dribble and control the ball decently. I would even go as far as to say that he’s a ball playing defender.

Delhi Dynamos FC have done well in getting him. He’s an excellent capture. This season we’ve seen franchises sign a lot of flair players and Adria Carmona is good enough to headline that trend. He’s a left sided attacking winger who has all the skills you need in a creative player.

He likes to dribble the ball at pace and even has a few tricks up his sleeve. He has a low centre of gravity which allows him to change direction quickly. His mind is also swift which allows him to nutmeg people regularly. Both those skills will entertain the Delhi Dynamos FC fans, I’m sure.

Carmona is also quite good at set pieces, as if he needed more skills. What’s more is that he doesn’t shirk his defensive duties. He tracks back and can even steal balls. While Carmona is a winger, he has a penchant for drifting into the middle like all great attackers.

This also means that his secondary position of central attacking midfielder suits him well. These kinds of players, however, can make an impact from anywhere on the pitch. As a result, Carmona can play right wing, primary forward, second striker, and even right back.

Delhi Dynamos fans, strap yourselves. Carmona will make you get over the heartbreak of losing Mirabaje. He’s probably better!