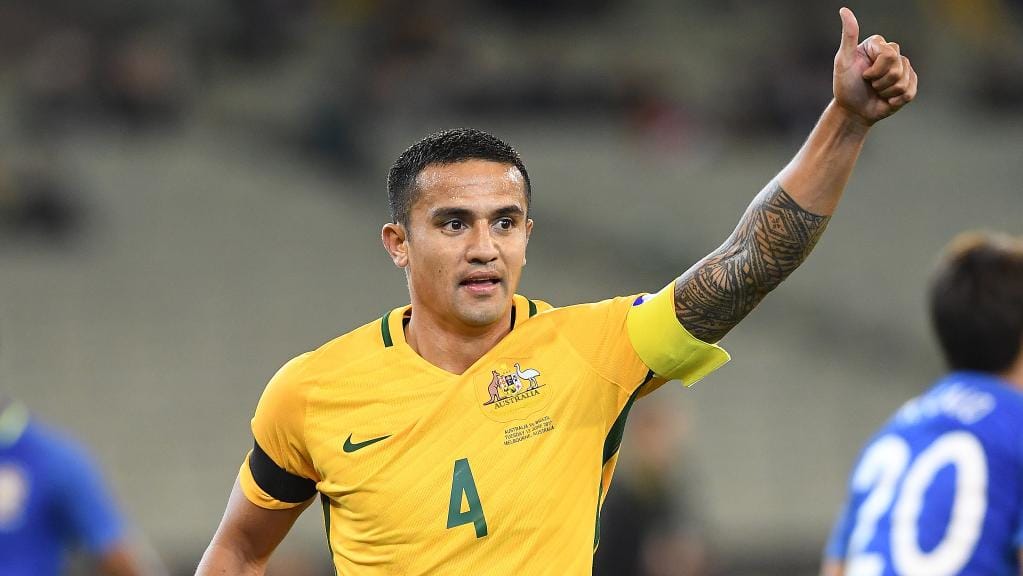 It’s all about the money folks and you damn well know it. When you see franchises going for 38 year old outfielders, you know that they’re looking at monetising their marketing potential. When you see 38 year old geriatrics joining (let’s admit it, playing in ISL isn’t as glamorous as any of the other major European leagues) lesser known franchises, you definitely know that it’s for that one last grand payday. And yet, Tim Cahill will bring publicity to the Indian Super League and Jamshedpur FC.

So, as much as I’m not a big fan of watching grandpas lumbering around on the football pitch, I still have to write about them (believe it or not, it’s for the sake of Indian football).

A Brief History of Tim Cahill Along with Mark Viduka and Harry Kewell (both of whom I rate higher than Cahill btw), he is one of the most famous Australian football players. In fact, Cahill has probably made more of a name for himself simply because he has scored more international goals than any other Australian footballer.

All three of them are from the same generation and age differences are only a few years. However, Cahill has significantly been fitter than the other two which is why he has been able to play so long.

Tim Cahill made a name for himself while playing for Everton where he played for eight years. He debuted for Millwall and played there for 6 years before joining Everton. Playing for Everton was the high point in his career as he played there till he was 33. Since then he has played in the American MLS, the Chinese Super League, and the A-League. His last stint was at Millwall.

What Position Does Tim Cahill Play? ESPN is calling him a striker. He is not. You can put a broomstick in that position but that won’t make it a striker. It will remain a sweeper. Cahill is an attacking midfielder and that is where he does his best work. I hope Jamshedpur FC use him as such.

Cahill has a tendency to flit into the box at just the right (late) moment. He has an incredible launch and vertical lift. Even though he isn’t the tallest, his prodigious lift allows him to top players even taller than him. On top of this, Cahill is an excellent header of the ball. Most of his goals have been headers. You can be sure he’ll score at least one header in ISL5.

How Fit Is Tim Cahill? Traditionally, Cahill has been lauded for his fitness levels. The fact that at the age of 38 he’s still a professional player is a testimony to that. However, even if he’s fitter than all other 38 year olds in the world, it still won’t make him fit enough to compete with players in their 20’s.

See how ridiculous that is? Oh, and by the way, both Australia and England have more conducive playing environments than what we have here in our lovely, extra hot, extra cold, extra polluted, India.

I’m sorry but what was Jamshedpur FC thinking?

Here’s what he said about his impending arrival:

“I’m excited to announce that I’m signing for Jamshedpur FC in the Indian Super League. I’ve been really impressed in my conversations with the club by their professionalism and goals for what they want to achieve,”

“I know I can help the team on (doubt it) and off the park (more likely) with my leadership and experience. I want to help grow the game (bank balance more likely) and encourage young kids to play football.”

Also, Jamshedpur FC haven’t revealed details of what the terms of their agreement are. I know that his contract lasts till March next year but no one knows what he’s getting paid. Maybe Jamshedpur FC chose to not reveal it because the money involved is outrageous? Although, I will agree that not revealing details of agreements isn’t that rare in football.

How Effective Will Tim Cahill Be For Jamshedpur FC Cahill is on the decline and his biggest contributions to Jamshedpur FC will be off the pitch. Maybe he’s hoping to take on some coaching duties? He will certainly not be that much of a use on the pitch. Remember Dimitar Berbatov, Robbie Keane, Alessandro Del Pierro, Robert Pires, Fredrik Ljungberg, David Trezeguet, and Roberto Carlos. Need I say more?

(You can say a lot though. I would love to hear from you. Do you think Cahill will be worth the effort and squad spot?)