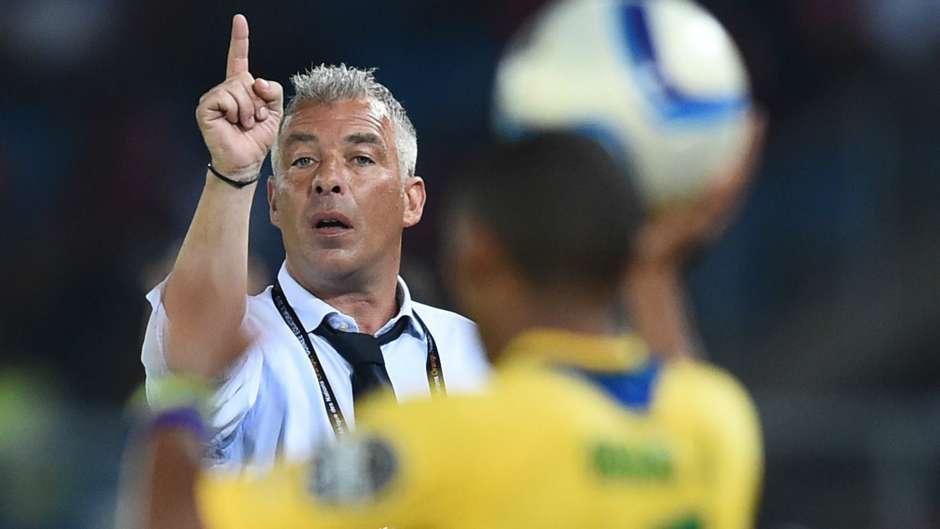 I like all the signings that Mumbai City FC have made till now. They’ve shown some real ambition and gotten some really great players. Now the trick will be to get them all to play cohesively. While I liked last season’s Lucian Goian (he’s a stats monster) and the recently signed Matias Mirabaje, I am very much impressed with their three most recent signings. Why do I like Klisura, Bastos, and Machado? Let me explain. Marko Klisura may turn out to be one of those low profile signings that actually end up being lauded once everyone sees the player perform. Klisura, supposedly, is a central defender but I think he can be very effective in the full-back and even defensive midfield position.

I say this because Klisura has a wicked dribble on him. He has this tendency to dribble out of tight positions. It is a skill but not in a central defender. If your central defender attempts the kinds of things that Klisura does, then even one slip out of 10 can lead to trouble.

This is why I think Klisura is better suited to the full-back position. I don’t know how Jorge Costa plans to use him but he did say that he “can play a number of roles”. This makes me think that the coach has plans for Klisura.

Klisura is also young at only 25 years. He will have the stamina to manage a full-back or defensive midfield role. Furthermore, he’s tall at nearly 6’4” which means that he can be an asset in the opponent’s box, especially in India. I have hopes for Klisura in India. I definitely want to see if my views of him pan out. Ooh, I like Rafael Bastos. I like him even more than Klisura. While I see Klisura as someone with a lot of potential, Bastos is the complete product. Mark my words; he will thrive in the ISL for sure.

Bastos is mainly an attacking midfielder but he can play in the forward positions as well. You don’t put Bastos on the wings even though he can function well there. I feel that he needs to be central to have the most impact on the flow of the game. His skills include dribbling, passing, vision, and the most valuable for ISL, free kicks.

Bastos has a good turn on him too. He seems to always know what is happening around him and can turn away from trouble regardless of how many defenders are on him. This helps him get that crucial yard to either dribble away from his markers or send off a defence splitting pass. What else can you expect from a Brazilian?

Bastos’s free kicks are also quite special. He has scored some really unexpected ones in his career including one from good 45 yards away and one from an incredibly acute angle.

He’ll be a big hit with his high-octane turns and acceleration, not to mention his free kicks. Incidentally, Costa will know exactly how to use Bastos. He had him under him when they were both at CFR Cluj in Romania. They had a dream run in the Champion’s League together and won the domestic cup too.

On deadline day, Mumbai City FC signed the Brazilian Paulo Machado. With Machado, Costa has again used personal connections. He knew him when they were at FC Porto together. He was in the twilight of his career while Machado was starting out. Either ways, they’re well aware of each other.

Machado is an experienced campaigner. He’s a central midfielder with an attacking mind-set who has played in Portugal, France, Greece, and Croatia. He was a key player in many of those setups and some in Olympiacos fans even call him a legend.

Machado is another very versatile player that Costa must have very diverse plans for. While a central midfielder primarily, Machado can play in virtually all positions on the pitch away from the back line. This means that neither I nor anyone else in the country will know how he will be deployed in the coming season. Maybe when I do a Mumbai City FC squad analysis, I will know more.

As it is, I know that Machado is a fairly composed player. You have to be in midfield. He can take set pieces. He takes quite a few corners. His second best position is attacking midfield but I don’t know if he’ll play in that position for Mumbai City FC. Also, he has good acceleration on him (don’t know whether that’s true these days) and likes to take long shots from outside the box.