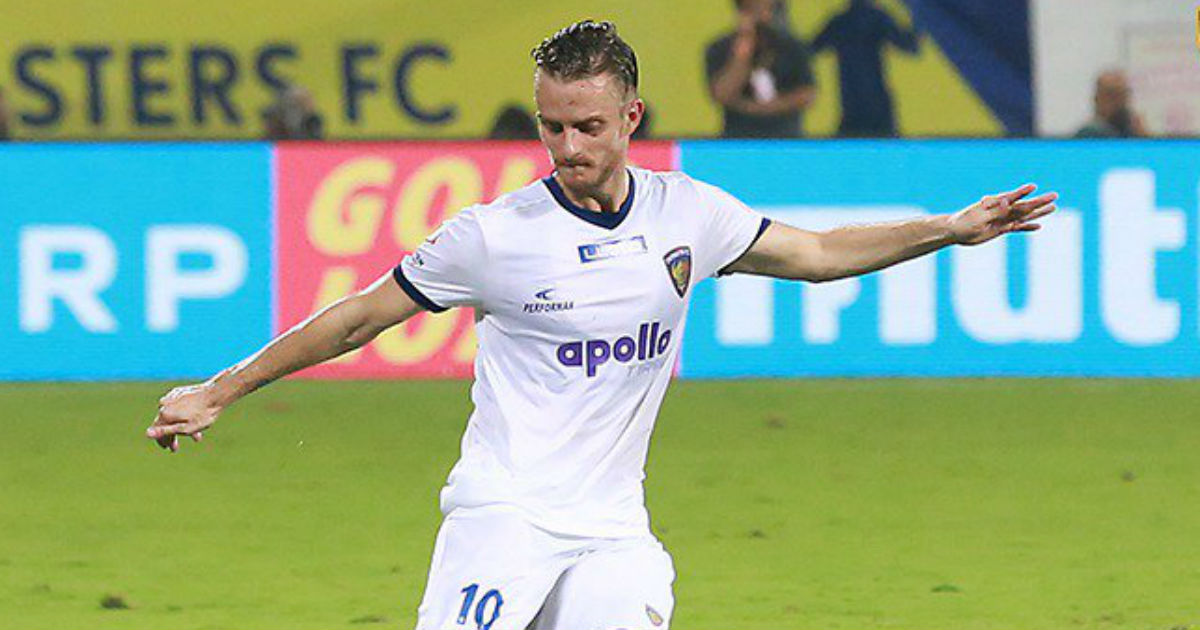 It’s picking up, folks. No, I’m not talking about my weight. Neither am I talking about the collective IQ of our ministers. And, I’m definitely not talking about Arsenal’s position in the EPL. I’m talking about the transfer action in the Indian Super League. I’m seeing more signings now than I did last month. Even the perennially slumberous NorthEast United FC have got in on the act (even though their acquisitions hint at a massive shortage of funds). This uptick only natural, though. The season is expected to start next season after all. So, what’s the latest and is it worth the effort being put into it? Let’s see. It’s alright if you haven’t heard of him before. He isn’t a big name like a few of the other managers we’ve seen in ISL. But, as the track record of those managers has shown, a big name means nothing. Schattorie was the assistant manager at NEUTD under Avram Grant as well as Joao de Deus last season. He has managerial experience, though, in the Netherlands, the Middle East, Africa, and even India with Prayag United and East Bengal.

Most of his managerial stints have been positive, whether you consider his results as a caretaker manager or full manager. He has somewhat of a reputation of helping struggling teams turn things around. He’s also known for being good at developing players. He’ll have no dearth of highly-talented players at NEUTD FC and I’m really curious to see how he can develop them.

Incidentally, if you were wondering, he sets his teams defensively first. Don’t expect high octane football from him but you can look forward to fast counterattacks and breaks. He tends to prefer a defensive 4-3-3 formation, which means that he’ll pack the midfield. It also means that he’ll have traditional wingers who will break forward quickly when the ball is won.

Considering this, it isn’t surprising that NEUTD FC have signed one Rupert Nongrum. Nongrum is right winger who can slot in central midfield and both full-back positions. Even though Nongrum is good defensively, his real talent is his pace and trickery. This fits in well with what I know of the Schattorie style of football. He’ll probably put Nongrum in the right winger position, use his defensive acumen, and rely on his pace for quick counters.

Schattorie will also have Avram Grant’s support and experience to draw upon since the Israeli is set to continue as the “technical advisor”. I don’t know what that position means and how involved Grant is going to be here. At the very least, Schattorie should be able to call him for the recipe of falafel and shawarma. Mihelic, according to me, was quite good last season. And this is why I find it very strange that Chennaiyin FC didn’t want to retain him. He was not only effective from open play last season but also quite useful with set pieces.

While most people will focus on his deliveries from those set pieces, I actually liked his movement in the final third of the pitch. He could’ve had more of an impact than just 4 assists and a couple of goals, if the team was set up to suit his needs. Then again, Raphael Augusto was the bigger name so it didn’t happen. He didn’t even get to play the ISL playoffs despite being in the squad for all three games. A pity.

Now that I write this, I’m getting an understanding why he was let go by Gregory. It is precisely because he knew that he wouldn’t be able to use Mihelic’s talents to the full. I have a feeling this one will come back to bit Gregory’s arse in the near future.

At Delhi Dynamos FC, Mihelic will be a big name. The team will probably be set up by Gombau in a way to suit his strengths. He may even be their primary No. 10. That should suit him well I think, especially since he has always had the end-product under his belt. This should be a good piece of business from the Delhi hierarchy.

Dynamos have also added one Dorronsoro Sanchez to their roster from Spain. Sanchez will probably be the primary keeper for the Dynamos. You don’t fly in a keeper from Europe as a second option, even if that keeper comes from the third tier. Sanchez played in the second tier last season for Lorca FC and saw them get relegated with poor results.

Statistically, Sanchez hasn’t really had a good career. He has conceded more than one goal per game in his career. The numbers still need to be seen with the caveat that he hasn’t really played for the most defensively stable teams. He does have experience at 33 years and this should be good enough for him to have a decent career in India. Carlos Calvo has a trading card??

I see butterfly effect. ATK leaked tonnes of goals last season. To seal the sieve, they lured Steve Coppell, Jamshedpur’s head coach and the best defensive coach last year. Coppell’s move to ATK this year and Jamshedpur’s offensive impotency last year resulted in the hiring of an attacking manager in the form of Cesar Ferrando. Now, Ferrando has conducted a Spanish raid and brought in three players from his home country.

You see how many lives got affected because ATK sucked last season? I think we need to call Guy Ritchie to do a movie about this. The three Spaniards I’m talking about are Sergio Cidoncha, Carlos Calvo, and Pablo Morgado. Of these three, Calvo is probably the most high profile but each of them seems to be a very interesting acquisition. Let me start with Calvo first.

Calvo has spent most of his time in the lower Spanish leagues (specifically second tier). Calvo is a diminutive but creative attacking midfielder. His greatest strength is his dead ball deliveries and crosses. He can whip them in from most positions in the final third and we all know how effective set pieces are in the Indian Super League. Calvo also has a good first touch which allows him to beat high presses and launch counters. Calvo, though, is on the older side at 32 years old.

Sergio Cidoncha, on the other hand, is approaching the prime of his career. He’s only 27. He’s a central midfielder who has also spent the majority of his career in the second tier of Spanish football. Ferrando is probably getting Cidoncha because of Jamshedpur FC’s still tentative ties with Atletico Madrid as Cidoncha came out of their youth system.

There are many similarities between Cidoncha and Calvo. Both are creative midfielders who can play as attacking midfielders or wingers and both are set piece experts. Since Cidoncha can play in central midfield, it is likely that Ferrando will play them together.

Pablo Morgado is in the prime of his career too. While the other two Spaniards are versatile, Morgado takes it to another level entirely. He can play well in all the attacking positions and can even put in a decent shift in midfield. This versatility is going to be very handy for Ferrando when it comes to managing the number of foreigners in the team. Morgado, however, lacks the end product.

He has never been statistically prolific in his career. He has scored only 9 goals in about 133 appearances and doesn’t even have an assist to his name. Those figures are not heartening at all. I can only hope that his link-up play is good and that is why Ferrando has brought him in.