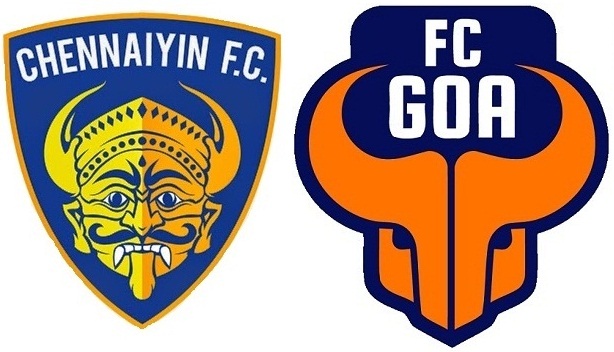 Two draws in the first two games of the season… I thought that kind of thing only happened in Serie A. It seems like we Indians like our pizzas far too much. With Materazzi gone, the upcoming game will not have any Italian influence whatsoever. We’ll see English counterattacking from Chennaiyin FC against the Spanish tiki-taka in this game.

John Gregory and Sergio Lobera couldn’t be from more different footballing schools. Lobera has worked with managerial legends from the very beginning at Barcelona while Gregory has come up the ranks in English football. The schooling is different, the style of play is different, but the refrain will most probably be the same as what Indian football fans have all been arguing about since forever – Barcelona vs. Manchester United/City, Real Madrid vs. Arsenal, and Atletico Madrid vs. Chelsea. As always, the team’s strategy and tactics will be defined by its coach. In this case, it’s John Gregory, formerly from Aston Villa. By now, everyone in the country knows how FC Goa is going to play. In fact, Gregory has come out and said as much. There is only one way to counter that style of football and that is by parking the bus.

Parking the bus is the only way against tiki-taka, provided the latter style of play is implemented properly. Because it is Goa’s first game of the season, it won’t be implemented properly. This means Gregory will have some leeway in how he parks his bus. It doesn’t need to be the inch-perfect parking that all us guys are always trying to achieve.

Gregory will instead go with park the bus – counterattack methodology. It won’t exactly be the Mourinho strategy where one counter-attack yields the goal in a match full of drudging and suicide-inducing parking of an 18 wheeler. It will instead be the typical Brit style of defending first and try to counter with direct passing. To this end, Chennaiyin will probably set up in the 4-5-1 / 4-3-3 formation. The first is for defending and the other for attacking.

The only question that I can’t answer is whether they’ll have wingers or two inside forwards / attacking midfielders. Since that will inform the players Gregory picks, I’m in somewhat of a conundrum. The Chennaiyin attack will be led by Jude Nworuh. The other contenders for this position are Mohammed Rafi and Jeje Lalpekhlua. I think Rafi is too old to be the main striker of this team and Jeje just doesn’t have the skill sets to operate on his own. So, Nworuh.

Jeje, the 2016 AIFF Player of the Year, will definitely make the starting line-up though. We’ll see whether that is as a shadow striker, inside forward, or winger. The other person in attack will definitely be Rene Mihelic. Mihelic is a creative force that will best be deployed in a central position even though I think he can be useful on the flanks. He’s the reason why I’m unsure of the width in Chennaiyin’s formation. Whether Mihelic plays in the position mentioned above or not will have an impact on the midfield too. The Chennaiyin midfield will definitely consist of Raphael Augusto and Jaime Gavilan. Along with these two, I would like to see Gregory Nelson too. However, playing Gregory Nelson means playing with width.

This, in turn, means slight tweaking of the formation. Therefore, with Nelson, you’ll see him and Jeje on the wings, Mihelic in attacking midfield, and Augusto and Gavilan in the centre.

On the other hand, if Gregory doesn’t want wing play, then he’ll choose either Bikramjit Singh or Thoi Singh in central midfield to support Gavilan and Augusto. The supposedly weakest link in the Chennaiyin defence will be Karanjit Singh. Singh has yet to show consistently in the Indian Super League. His last season was full of mistakes.

In central defence, you’ll definitely see Henrique Sereno and Mailson Alves. Both should form a formidable partnership with Alves’s physicality and Sereno’s tactical know-how. Expect Sereno to marshal the defence. I have to say, I’m excited to see Goa especially with Lobera’s footballing philosophy and the kind of players he has recruited. Goa will play (for the umpteenth time) tiki-taka or possession football. They will be offensive. For them, it will be all about how they handle their defence because one element of tiki-taka is the high press.

High press is very tough to deploy as we saw with Kerala Blasters on opening day. It needs to be perfect or you give the initiative to your opponent. When you try high press and it doesn’t come off, you spend the rest of that sequence trying to play catch up. A good opponent can exploit that very easily.

Fun Fact: Lobera is the youngest coach in this Indian Super League season. He’s only 40.

Possession football requires midfield domination so I again expect the 4-5-1 formation which can fluidly change to 4-3-3. Let’s see personnel now. The dilemma that Gregory is facing with Chennaiyin doesn’t apply to Lobera with Goa. The creative force for Goa is going to be Manuel Lanzarote. Unlike Mihelic, however, Lanzarote is a winger. He can play on either wing but for Goa, I have a feeling he’ll be deployed on the right wing.

On the other side of the attacking half of midfield will either be Mandar Rao Desai or Manuel Arana. Mandar has been ever-present for Goa since the first season so I wouldn’t put it past him to get a starting birth here again, especially with the reduced foreigners in the starting line-up rule. He was there when I had predicted the rise of Romeo Fernandes and him both.

In the forward position, Lobera will get to choose from Adrian Colunga and Ferran Corominas. Corominas is a Cope Del Rey winner, which is a good feather to have in your cap. Corominas or Coro as he’s often called is 34 years old and more experienced while Colunga is only 33. Both are ageing and I think they’ll be sharing striking responsibilities for Goa.

Their stature is similar even though their interplay and gameplay are different. Colunga is a shadow striker while Corominas is an out and out forward. It is also possible that Lobera chooses to go with the 4-2-3-1 formation. In such a scenario, the attacking midfielder would be Colunga while the forward will be Corominas. It all depends on the number of foreigners in the team at the point in time. In midfield, Lobera will most definitely use the combination of Ahmed Jahouh and Pronay Halder. The two should operate well together to screen the defensive line as well as launch long cross-field balls.

There is also the option of pulling back an attacking midfielder into the middle of midfield to shore things up further or even deploying another conventional central midfielder, should Lobera choose to go there. I think that’s unlikely though. He will most definitely look to attack and retain possession which means more midfield technicians than destroyers. The defence will begin with Laxmikant Kattimani. Kattimani is reliable without being a star attraction but then you don’t want your keeper to be a star. You want him to keep things simple and dependable. Goa is fine in this department.

The defence will be led by Bruno Pinheiro. There is just no other option available to Lobera. Pinheiro is the most experienced ball-playing central defender that Goa possesses. Everyone else is either to raw, too green, or too inexperienced if you know what I mean.

Along with Pinheiro, Sergio Juste Marin will take centre stage. Marin is also a reliable figure in the peak of his career. He’s only 25. He should provide the legs and the strength to Goa’s defence. On one side of central defenders, you’ll see Narayan Dar reprising his upcoming star role. The other side is up in the air and to be frank with you, I don’t know who’ll start there. Although, I think Seriton might get the green light.

The replay of the 2015 final will most probably have an alternative ending this time. At least, that’s how I foresee it. It will still be a close one because there isn’t a lot to choose between these two teams. Historically, Chennaiyin have won four while Goa have taken three.

The good thing is that the game will have goals. The Indian Super League duck will be broken, sent to Peking, and cooked till it is nice and tender. These two teams will ensure it. Why? Here are three reasons.

Preview: The Four Labours of Chennaiyin