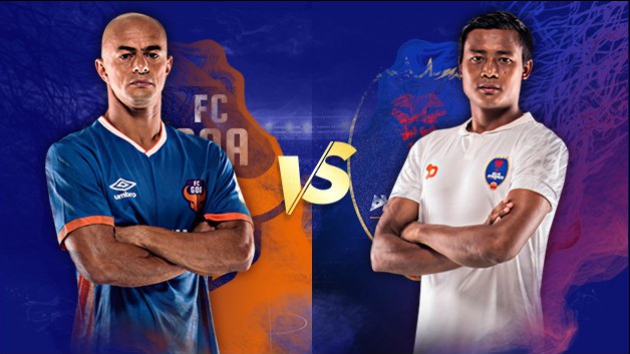 Will The Gaurs Continue to Implode Against The Pride?

Things could turn especially sour for FC Goa as Delhi Dynamos FC come visiting the Jawaharlal Nehru Stadium in Fatorda. The game is set to turn into a midfield battle since both The Gaurs’ and The Pride’s styles of play hinge heavily on their passing game. FC Goa’s 2016 Indian Super League results have been in direct contrast to their results in the 2015 Indian Super League where they went all the way to the Finals. It is notable; however, that FC Goa’s performance in this season so far, is similar to their 2014 season. The Gaur’s started the 2014 season just like this one i.e. with four losses from the first six games. In that season, they went on to play in the Semi Finals so it wouldn’t be all that surprising if they pull off the same feat this time out.

The problem for The Gaurs, though, is that they’ve shown nothing that can hint at a resurgent future. They lost their last game to Kerala Blasters FC despite taking the lead. What’s even worse is that all is not well inside the FC Goa camp. There have been suggestions of a discord between their head coach, Zico, and the senior management regarding recruitment.

They Gaurs’ Zico has claimed that he wasn’t consulted on the recruitment of their goalkeeper Subhasish Roy Chowdhury. Furthermore, Zico apparently wasn’t informed of the Indian Super League recruitment deadlines which resulted in the team failing to recruit a couple of key players. This doesn’t bode well for the future of FC Goa in this season.

The Gaurs may be without Joffre too, their most consistent performer of the season so far. Joffre has been their primary creative force which means that FC Goa may have trouble creating enough chances. In his absence, they will rely on Trindade Goncalves for creativity since he is their team’s leading passer whether you consider attempted or successful passes.

Unfortunately, the effectiveness of their passing will be questionable since The Gaurs’ strikers don’t have a good conversion rate. Of their two main strikers, Robin Singh and Julio Cesar, the former hasn’t scored till now while the latter only scored his first goal in the last game. With all the things that have gone wrong with The Gaurs this season, it is hard to imagine them coping with the quality of Delhi Dynamos FC. The Pride have been playing will all season long. Even though they’ve drawn the majority of their games (4 of 6), their performances have been very impressive and the only thing they lack is the finishing touch.

Consider the last game. In the match against FC Pune City, Delhi Dynamos FC dominated their opponents throughout the 90 minutes. The only problem was that they didn’t convert enough of the opportunities they created. Their conversion rate in the game was less than half of FC Pune City’s. Even the possession stats were awry in favour of Delhi Dynamos FC who ended up with 60 percent possession in the game.

Logic dictates that it won’t be that long before those draws turn into wins, as The Pride refine their defensive and offensive performances. They will rely heavily on their in-form forward, Marcelinho, to do so. Marcelinho is not only their leading goal scorer but also their leader with respect to assists.

In six games, Marcelinho has collected three goals and three assists, which means that he’s had a hand in six out of eight goals scored by Delhi Dynamos FC. Incidentally, that makes Delhi Dynamos the highest scoring team in the Indian Super League along with Atletico De Kolkata. Between these two teams, the winner is clear in our minds even though most of our predictions till now have been turned on their heads by abnormal performances by various teams.

Which Route Will Frodo Take?

This game will see a win for Delhi Dynamos FC over FC Goa by two goals to one. There is no way that The Gaurs’ defence is going to resist The Pride’s attacking lope and verve. The Gaurs can be safely expected to score as they like to play an attacking game with a focus on passing down the wings. The only reason why we’re predicting a win for the Delhi Dynamos FC is that we find their attackers to be more accomplished that The Gaurs’.

Here’s a bonus tip for you. If you’re not interested in betting on the winner, one of the safest bets you can go for this time out will be Delhi Dynamos FC to score and Marcelinho to either assist or score!

The Gaurs vs. ATK Preview