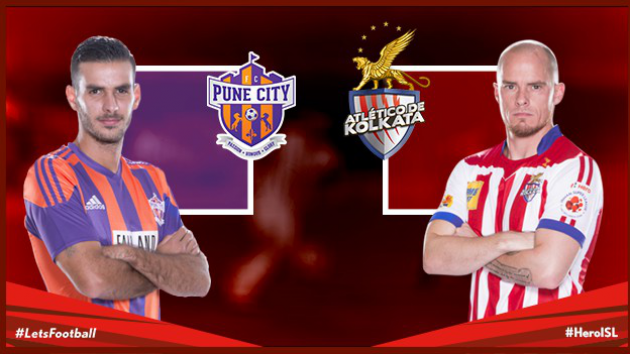 This one is going to be a very, very interesting encounter. The difference between these two teams isn’t more than a single goal. Now, I’m not referring to Goal Difference (GD) but instead what happened in two of their games.

What I mean by above is that these are two teams that are separated by one point. That was because Atletico Kolkata drew at Goa while FC Pune City lost their game against Delhi Dynamos FC because of a silly goal right at the end of the game. If they hadn’t conceded that goal, they would right now be tied with Atletico Kolkata on points.

Granted; they conceded that goal because they were pursuing the equaliser but its small events like these that make a difference in the big scheme of things. Me: “Must take lesson about life from that!”

FC Pune City’s Chances Depend on Platt Not Messing Up What I am building up to is that I don’t see a lot of difference between these two teams. That comes with a caveat though. David Platt must try to keep things simple. He tried to be fancy in the last game with his ploy of deploying Wesley Verhoek in the middle and Kalu Uche on the wing.

I think Uche should be in the centre as opposed to Verhoek and that proved to be the case when he scored the only goal for his team in the game.

It’s true that hindsight is a wonderful thing, especially when judging managers (and if anyone is guilty of that then it’s me) but I do think that Platt can simplify things a little for his team.

If Platt doesn’t try to be too smart, then his team may be able to match Atletico Kolkata who are playing the best football I’ve seen from the team in two seasons.

The team news from FC Pune City will also determine a large chunk of their fate. Will Mutu start the game? Will Jackichand Singh continue his impressive form from the last game? Will Eugeneson Lyngdoh start in FC Pune City’s primary central midfielder role? Will Israil Gurung and Didier Zokora be back in the team? All these questions must be answered in yes, if FC Pune City are to beat Atletico Kolkata today and snatch the top spot from them. Even if FC Pune City play to their best abilities, Atletico Kolkata have the capability to beat them at their home ground. It all depends on whether Iain Hume is fit or not.

Remember, Hume has played all three of ATK’s games and is 31 years old. Moreover, with HeHHhhhHelder Postiga injured, Hume becomes very important for ATK and Habas the Henchman may want to keep him protected.

It all depends on how fit Habas judges Hume to be. If Hume isn’t fit, then that may mean Baljit “I-was-racially-abused” Sahni and Sushil Kumar Singh being deployed. I know Sahni got a straight red card one game ago so he may be banned for two games but I’m just not sure whether this rule is relevant in the Indian Super League or not (I think it is likely).

Personally, I’d like to see Habas the Henchman go out on a limb and put Arata “Neelkanth Khambholja” Izumi (that’s his Indian name) in the striker’s position. I think Izumi has all the attributes to lead the line for ATK, provided he is given the chance.

I expect to see Arnab Mondal and Rino Anto back in the team after their international outing. Rest of the team basically picks itself but I would be interested to see if Ofentse Nato (I still love that first name – who would pick a fight with a lad with a name like that) is played in midfield or defence. Atletico Kolkata need to win this game to stretch the game between #1 and #2 in the league table but they need to be careful too. If they go all out for a win away from home, they may lose their top spot altogether!

What is my Prediction for this game? An incredibly thin margin win for FC Pune City on home turf. At the very least, they should get a draw. If they can’t, then they should be really disappointed.