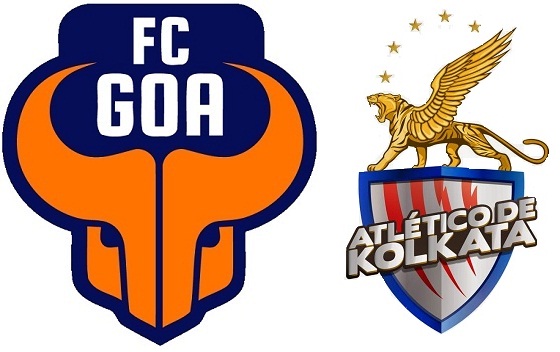 ATK will travel to the desperate The Gaurs’ home ground in Fatorda, Goa. The objective of ATK will most probably be to continue their don’t-lose-first strategy while the home side will be facing a must-win scenario and will look to take the game to the physical ATK players. FC Goa’s position in the Indian Super League is dire. They sit at the bottom of the table, four points off the last semi-final berth with only three games left to play. The Gaur’s situation is even more depressing because even 9 points from the last 9 points may not be enough to save them.

It will be tall order for The Gaurs because they have the least wins and most losses in the league. To win, they’ll have to score more than their opponents. This will be a big problem because The Gaurs happen to be the lowest scoring team in the league that has conceded the second most number of goals and has the worst GD to boot.

They may get a boost in the form of the return of Joffre Mateu Gonzalez, their most creative and dynamic midfielder. Defensively, the boost will come in the form of Lucio’s return, their internationally renowned Brazilian defender. On the other side, the biggest challenge for ATK and their manager, Sergio Molina, will be fitness. Apart from having played their last game four days ago, the Indian Rojiblancos will also have to travel to Goa. This will tell by the latter part of this game.

Luckily, ATK’s don’t-lose-first strategy may serve them well here. We expect them to be compact in this game because that is the best way for them to conserve their energy. If they take the lead through a counter, we expect them to get even more defensive.

In fact, we expect ATK to go for an away draw in this game even though they’ll have attacking options in the form of the Portuguese icon Helder Postiga and the Canadian star, Iain Hume who is important because he is the league’s leading goal scorer with 5 goals. Hume didn’t play their last game due to a minor fitness issue. So, he will be more rested than his teammates.

Will Desperation Win Or Tactics Prevail?

The game will see FC Goa attacking with gusto and ATK defending with determination. ATK will, however, try to squeeze in some counters into the mix. We expect the aforementioned difference in fitness levels to tell sooner or later. But, we also expect Hume to make a difference in this game with an assist or a goal. So, our prediction is a 2 – 1 win for The Gaurs.