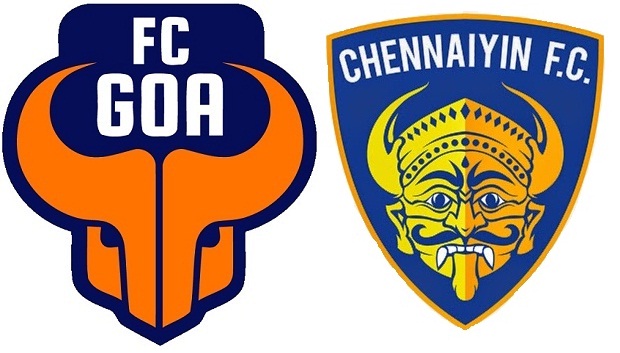 How Low the Mighty Have Fallen

The two worst teams in the league will face off against each other as the Super Machans travel to The Gaurs’ home ground, Fatorda, Goa. Both Chennaiyin FC and FC Goa have effectively been pushed out of contention for the four playoff spots by their recent results.

Their respective third Indian Super League has been in direct contrast to how they performed in the previous season. The Super Machans and The Gaurs actually played the final last year, which was won by Chennaiyin FC. This time out, however, neither team has managed to replicate their form from the last season. FC Goa, especially, has been woeful and their statistics paint the clearest picture of how poor they’ve been. They’ve conceded the most goals as well as scored the least number of goals in the league till now. Naturally, this has given them the worst goal difference in the league too.

However, what will be even more disconcerting for Zico and The Gaurs is that they now have the ignominious record of being the team that has lost the most in a season in the history of Indian Super League. In a nutshell, The Gaurs’ morale is shot and they have nothing to play for, except pride.

In the third season of the Indian Super League, The Gaurs don’t even have the proverbial silver lining to their thunderous cloud. Two FC Goa players that stand out of the group are Rafael Coelho Luiz and Laxmikanth Kattimani. The striker because of his hardworking nature and the goalkeeper because he has the second most saves in the entire league.

You still have to commend Zico’s persistence because the Brazilian manager is still tinkering with his side, in an effort to find the right combination. You can view this as desperation to fix things or as the reason for all their failings. At the end of it all, though, FC Goa has nothing to look forward to in their last game against the Super Machans. Super Machans, themselves, are only slightly better off than The Gaurs. They’re better off because they find themselves out of contention for playoffs by the courtesy of a number of late goals. In fact, till the last game, they were in with a good shout for the fourth spot.

Unfortunately, they conceded a goal in the 95th minute and ended up drawing the game against NorthEast United FC. That draw meant that the Super Machans have now only won 1 game in 9 games! To be fair to them, that run includes five draws which means that they’ve only lost 3 times in 9 games.

Defence has been a problem for the Super Machans in this season. They’ve conceded the second most number of goals in this league and are only behind Goa by one goal.

With the draw between Atletico De Kolkata and Kerala Blasters FC, there is no way that the Super Machans can make into the semis now. Since it was only a  draw between ATK and KBFC that kept the Super Machans out of the playoff spots, it can be said that they haven’t played that bad this season. Just a bit of luck in a few matches would’ve seen them nearer the fourth spot in the table.

They will look to sign off on this season with a big win simply because Materazzi is a proud and optimistic man. We expect Chennaiyin FC to turn up with an attacking 4-3-3 formation. They will look to feed a lot of balls to their in-form striker Macpherlin Dudu Omagbemi, who scored a hat-trick in the last game.

However, there is no player they will rely more on than Raphael Augusto. Augusto is the leading passer and has the second-most tackles in the league. Moreover, he is the main creative force for the Super Machans with team-leading 4 assists to his name. In defence, they have Karanjit Singh, the man with most clean sheets in the league.

This game will find The Gaurs incredibly demoralised. In contrast, Materazzi will have his players revved up. Furthermore, nothing is going right for FC Goa this season. This lethal combination will see Zico’s team being on the end of a mauling.

For us, this is a certified win for the Super Machans. We expect them to beat their last season’s fellow finalists by 3 – 1. We also think that Dudu will be on the score sheet and that Augusto will dominate the midfield yet again.

The Gaurs vs. ATK Preview