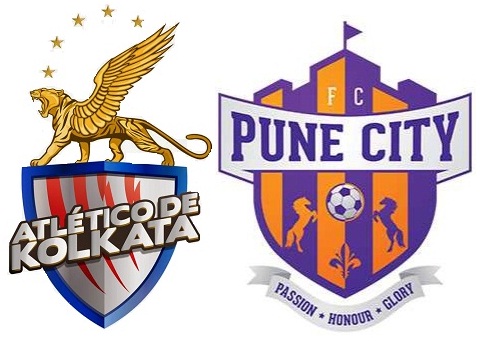 Will the Stallions Herd One Last Time or Will the Bucks Be Broken?

The Indian Rojiblancos will welcome The Stallions into their home at the Rabindra Sarobar Stadium in Kolkata in a match that doesn’t have a lot of significance for the visitors.

The Stallions have let slip the chance to participate in the playoffs stage of the Indian Super League in the last few games. In contrast, the Indian Rojiblancos have already clinched their semi-final berth and all that needs to be decided is which spot they’ll occupy. Atletico De Kolkata is on a decent run too. They’ve not lost for five games in a row. The only blip in that record is that they’ve only won one game in five. In fact, draws have been a very inherent component of the Indian Rojiblancos’ performance this season. They’re the team with the most draws in the league.

This is a direct result of their “don’t lose first” strategy. Their style of play is incredibly strategic and tactical. This is evident in the fact that Atletico De Kolkata doesn’t only lead the league in tackles but also cards acquired. Fans will call their style pragmatic and result oriented while the detractors will call it negative.

Despite these descriptions, what you’ll find surprising is that the Indian Rojiblancos are a passing team. In fact, they pass the ball a lot and are the second leading passers in the league. Only the superlative Delhi Dynamos FC has passed more than Atletico De Kolkata.

Atletico De Kolkata may actually end up facing The Pride in the upcoming playoffs depending on how the last round of games of the league phase finish. In any case, it is likely that the Indian Rojiblancos will either face The Pride or Mumbai City FC, both very dangerous teams on the basis of their form this season.

Still, Atletico De Kolkata players would want to sign off the league phase with a win under their belt. For that, they’ll have to rely on their midfield lynchpin, Borja Fernandez. Borja makes the Indian Rojiblancos’ midfield tick. He has completed the most number of passes in the league and also happens to be the best tackler in the ATK team.

Offensively, ATK will rely on their leading scorer with five goals to his name, Iain Hume. Specifically, the Indian Rojiblancos will hope that the dynamism of Borja will click with the all-action attitude of Iain Hume and the pedigree of the Portuguese international, Helder Postiga, to unlock the Stallions’ defence. FC Pune City’s defence may not actually pose the Indian Rojiblancos lots of problems simply because The Stallions don’t have anything to play for except pride. Effectively, motivation will be a big issue for the team that showed huge potential in the early parts of the season.

Notably, The Stallions were well on track to make the playoffs. They only lost their way in the last two games, both of which they lost. This was largely due to a certain lack of teamwork from them. As a matter of fact, it can be said that The Stallions failed to click as a herd with each buck running in its own direction. This is evident by the fact that many FCPC players feature as league leaders in various parameters.

Similarly, their midfield playmaker, Jonatan Lucca leads the league with 5 assists to his name. Even their goalkeeper, Apoula Edima Edel Bete has gotten in on the act by leading the league with 46 saves. In a nutshell, individually The Stallions have performed very well in this league but they’ve failed to click as a team. This is precisely why they’re not in the playoffs.

Will The Stallions Be Tamed?

Without the right motivation, even these players would be unable to make a difference in this game, however. Morale matters a lot, when it comes to how matches play out and in this scenario; the Indian Rojiblancos have more to play for.