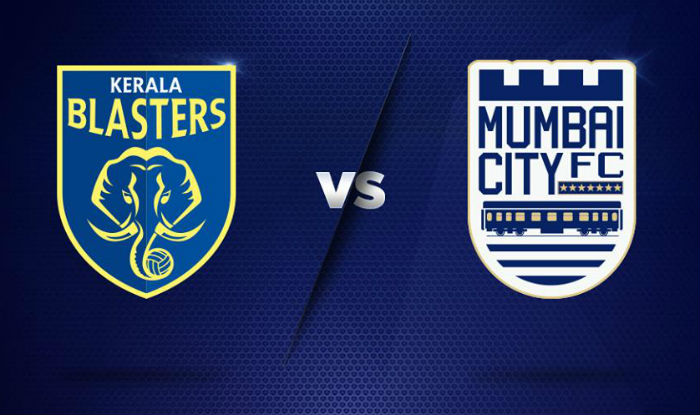 How do you not score for 180 minutes with Dimitar Berbatov and Iain Hume in your team? How do you decide to defend for 75 minutes and still lose the game in the last few minutes? How do you unlock a 5 man defence with 2 shields? How do you cope with a mountain of stubborn fans urging you to make a mistake? Some pertinent questions for this game.

Long Break for both Teams It’s been a while since we saw these two teams on the field. It’s been a fortnight for Kerala Blasters and 13 days for Mumbai City FC. If you’re thinking that this will have a bearing on the game, perish the thought. With such a long gap, a couple of days is not going to make any difference to the teams’ preparations.

Unless, of course, you’re talking about the mental satiety of Alexandre Guimares who had earlier complained about the fixture list and how his team didn’t get much rest. 13 days’ rest would please anyone, even a grump like Louis Van Gaal. Guimares isn’t even that big a grump.

While Mumbai City has 3 points from 3 games and Kerala Blasters 2 from 2 games, they’re in the same boat because a win for either of them will see them claim 4th spot in the league. This should be incentive enough since that spot is the last playoff spot.

Will The Real Berbatov And Hume Please Stand Up? Kerala Blasters is the home team here. So, the customary “large fans will be 12th man” logic applies here. Even though this statement has been repeated to death everywhere, it is very much true. I’m very happy that Kerala is such a literate state or the kind of fanaticism being displayed by Kerala Blasters fans would’ve had me worried. Such fanaticism can easily turn into communalism and plain psychosis if not tempered by some old fashioned education.

Coming back to the team, KBFC’s biggest problem is goals. It is an age-old problem too. I never remember them being an incredibly prolific team anyway. I had hopes this season, though. Especially if you consider that they have Berbatov and Hume in their ranks, not to mention CK Vineeth. Each of these 3 is more than capable of scoring by himself.

Moments of individual brilliance aside, they need to connect well for Kerala Blasters to do well. Sadly, I’m yet to see Hume connecting with Berbatov. I wonder if it’ll remain a dream for all of us football purists. We deserve to see some one touch, suave, and cocky football between these two, don’t we? Don’t the multitudes in Kerala?

Instead, what we have is a goal shy Kerala Blasters. They haven’t even opened their account till now. On the flipside, they haven’t conceded either but that is because of multiple moments of momentary brilliance from one, Paul Rachubka. Rachubka has defied odds not once but many times in the last two games. If Kerala Blasters have 2 points from 2 games, it is mainly because of Rachubka and his defence.

In this game, I expect Kerala Blasters to dominate possession simply because Mumbai City FC will allow them to. However, possession has not been an issue for Kerala Blasters in the last game much either. The issue is how they manage that possession. They’ve been unable to unlock stout defences and that is exactly what they’ll face today.

At the same time, Berbatov and Hume have now played two games together. If we combine that with multiple practices and training periods, we can expect them to show a better understanding of each other’s game. I think they’ll interlink well today and maybe show signs of rosier upcoming months for Kerala Blasters.

How Positive Will Mumbai City FC Be? Mumbai City FC lost the Maha derby last time out. They’ll feel hard done too because they were actually good value for at least a point in that game. The only mistake they made in that game was to pull back too soon. They had to retain possession and defend by keeping the ball away from the opposition.

Instead, they gave up the ball without hesitation and kept sitting deeper and deeper. All this falls on Alexandre Guimares’s shoulders because he decides how his team plays. To be fair to him, he was without key players such as Aiborlang Khongjee and Leo Costa. He would be without them in this game too but now his team has had more time to prepare for their absence. This is particularly true for Khongjee.

I think the fate of Mumbai City FC in this game depends entirely on how positive their manager allows them to be. They have the potential to attack and dominate, provided their coach allows them to let loose a little and express themselves. I don’t think Guimares will feel adventurous in this game.

He has started with the 5-2-1-2 formation in their last two games and I expect that to continue. Don’t get me wrong, though. I know that this formation can be very attacking too. I just don’t think Guimares will give his team the freedom to push on.

In the last game, Balwant Singh gave them the lead through a premium quality but a very rare type of goal. His shot from outside the box was very well hit and placed. Maybe Mumbai City FC will get to take the lead through another wonder goal but I doubt it. They’ll be defensive, highly organised, and very difficult to break down. This will just play into Kerala Blasters’ hands. All ISL Blog predictions will now be great and gigantosaurous because it’s me sticking my neck out for you lot to hack it off. I don’t mind some Saw like scenario but you have to give me a chance to defend my prediction or let me off easy. You could make your own predictions too in the comments section. Let’s see who gets it right, eh?

Maybe Berbatov will score…what do you think?