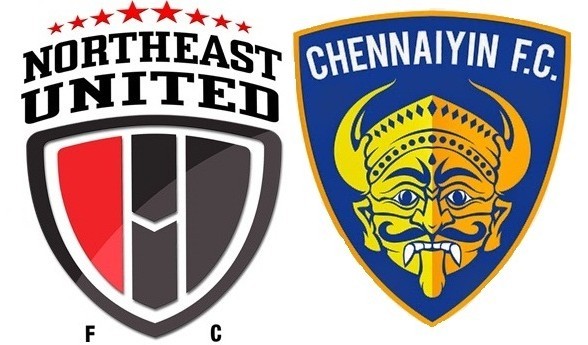 Will The Highlanders Continue their Home Form?

Chennaiyin FC will be making what is one of the longest road trips in the Indian Super League as they travel from Chennai to Guwahati’s Indira Gandhi Athletic Stadium to take on NorthEast United or NEUTD FC. The match is expected to be one of the most entertaining in the league simply because the last year’s champions are visiting this year’s most in-form team and the league leaders. Analysing NorthEast United FC’s performance so far in the league, an argument can be made in favour of the connection between consistency with respect to team formation and results. The Highlanders have turned out in the same formation with virtually the same players in nearly every single game.

Nelo Vingada’s NEUTD FC has done a lot of things right this season which is why they sit pretty on top of the pile. They happen to be the team with the most shots on target in the league. More importantly, they’ve converted a lot of those shots too since they’re the highest goal scorers and highest assist makers in the league.

This great team performance is the direct fallout of great individual performances. The highlight of these performances has been Emiliano Alfaro’s goal scoring. Alfaro has scored four goals in five games, the highest in the league. Like his team, he also has the most shots on target in the league.

It’s not all offence from The Highlanders either. Their goalkeeper, Subrata Paul, is easily the best in the league. He has the most clean sheets (3) and the most saves (24). The problem, however, is that for their keeper to have saved so many shots, NEUTD FC’s defenders would’ve had to let opponents take those shots. This could be something that Chennaiyin FC will look to leverage, especially since their attacking game has gradually become better as the league has gone on. While the improvement in The Super Machans’ attacking gameplay isn’t evident with their results (one win in last three), it has been visible in the games. They just have to ensure that they improve their conversion.

The Super Machans are actually well placed in the league and their current position of sixth is actually quite deceptive. The reason is that Chennaiyin FC has two games in hand over the league leaders. If they win those two games, then they’ll be tied on 10 points with NEUTD FC at the top of the league table.

Chennaiyin FC doesn’t really have a steady line-up or formation but the size of its players is notable. The Super Machans have some big players who could pose The Highlanders’ diminutiveness some problems.

Marco Materazzi, FIFA World Cup Winner (2006), UEFA Champions League Winner (Inter Milan-2009), and five-time Italian Serie A Winner (Inter Milan), has plenty of experience as a player that he has been translating into his managerial career.

A notable example of this was how Materazzi changed his defence in the last game after conceding too many goals in preceding matches. He brought in a defensive midfielder to sit in front of his back four and cover the passing lanes. NEUTD FC can expect Materazzi to employ the same strategy and tactics.

Which Way Will R2D2 Roll?

Despite the recent resurgence of Chennaiyin FC, our prediction is a NorthEast United FC win. The Highlanders can be expected to prevail over The Super Machans by one goal to nil. We are making this prediction after considering the physical upper hand of CHE FC players over NEUTD FC players.

NorthEast United FC has already navigated a tricky tie against another physical team of the league FC Pune City and should be able to deal with Chennaiyin FC’s physicality. More importantly, NEUTD FC has performed well at home till now, beating Kerala Blasters FC and FC Goa comprehensively.