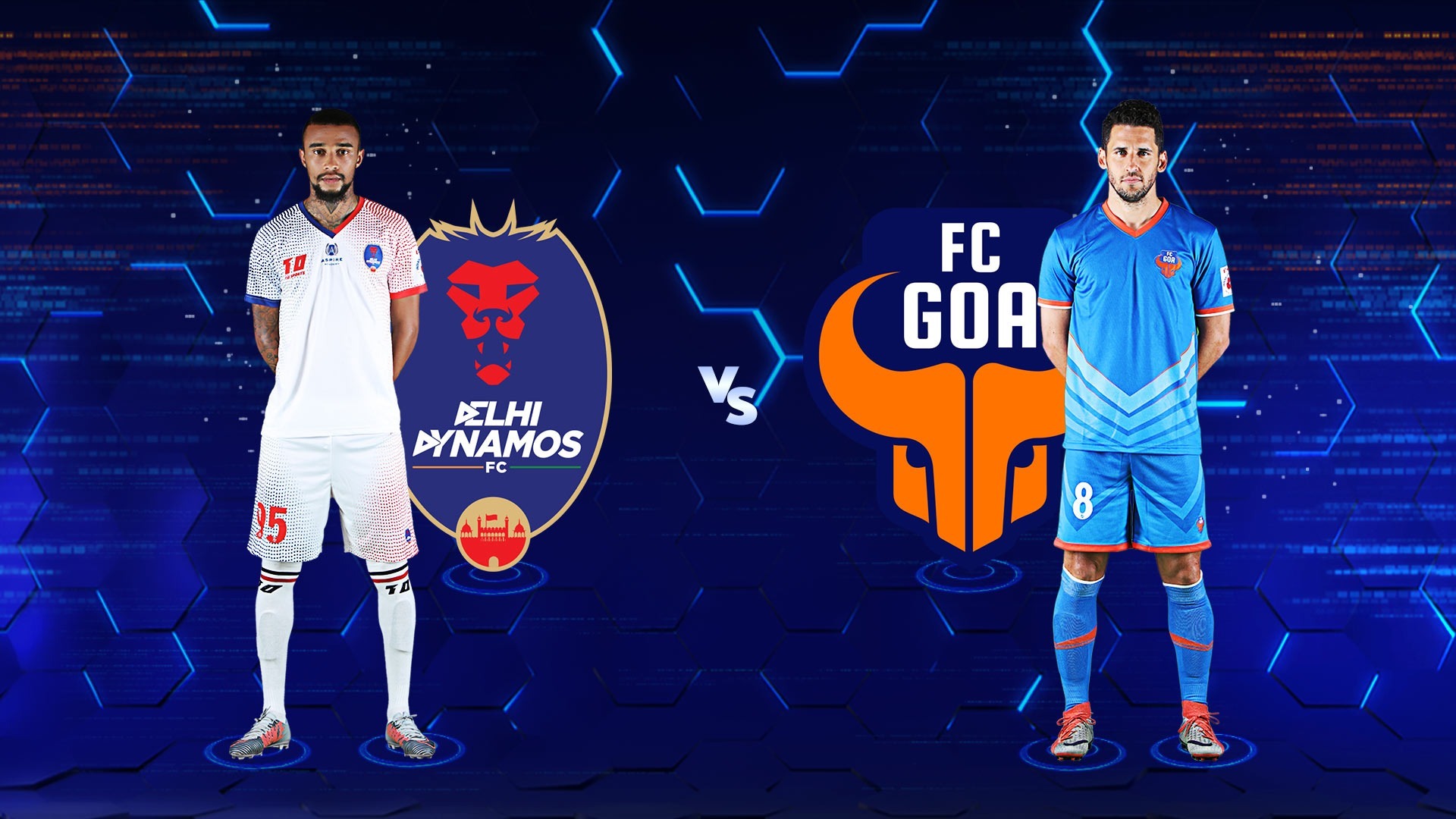 This is a meeting of the passing experts of the Indian Super League. Both teams are prolific passers. They like to build their attacks from the back, stroke the ball around the midfield and only then move into attack. They’re alike because they like to pass but are they really alike in how they play? You may think that this is a cryptic question but once I explain, you’ll see what I mean. For that, though, you’ll have to do some reading…

Do Delhi Dynamos and FC Goa Play the Same Way?

But they both like to pass, you say. Does that make their playing style the same, I answer.

STFU and explain yourself, you gently tell me…

Let’s set the baseline. Both these teams like to pass the ball. They’re the top two in the league when it comes to passing. We will ignore FC Pune City and Bengaluru FC because they both have played more games than Delhi Dynamos FC and FC Goa.

Even in touches, these are the top two teams in the league. We will again ignore teams that have played more games, which is basically everyone else in the league except for ATK. At the end of this game, check the statistics, you’ll see both these teams at the top of the charts for passing and touches.

Delhi Dynamos are top of the league for crosses with 74 while Goa are last with only 26. In fact, Goa hate crossing so much that the team in the 9th position has nearly twice as much as them with 45. The fact Chhangte is Delhi’s most creative player and Lanzarote is Goa’s most creative player further supports this argument.

Further, even their formations show the dichotomy in their playing styles. Delhi Dynamos like to play in the wide 5-1-4-1 formation, while Goa play the more compact 4-2-3-1 formation with inverted wingers i.e. wingers that play more infield rather than hugging the flanks.

The Great Gulf of Goals There’s this great gulf of goals between these two teams. Goa are the highest scorers in the league even though they’ve fewest games. They have 13 goals and are tied at the top spot with Bengaluru who have played one game more.

Comments from both coaches encapsulate this game and what is important in it very well too. Sergio Lobera’s comments before this game are prophetic in a way. He said, “Scoring goals is what wins matches and that’s what we’re going to do”.

Delhi Dynamos have won just one game – this was the game in which they scored three goals. Miguel Portugal, for example, admits that his team lacks end product by stating, “We need quality to finish. Now we don’t have that quality in our team”.

I don’t see this changing in this game unfortunately even if Delhi Dynamos have the home ground advantage. First and foremost, Delhi Dynamos are without their primary playmaker in Matias Mirabaje. Their struggles in front of goal can be attributed to his absence in large part.

Some portion of the blame should go to Kalu Uche too. Uche has been unable to get on the score sheet. This is because he’s out of form but it is also because of the way Delhi Dynamos have been playing. Flank play and crossing doesn’t do Uche any favours. If Delhi Dynamos play through the middle, they’ll be able to give Uche more tangible opportunities than trying to go up against +6 feet defenders for headers.

Delhi Dynamos have lost three straight games, of which the last two were at home. They need a win from somewhere but I really don’t see this happening in this game. Goa, on the other hand, can go top if they win by three or more goals. While unlikely, considering their porous defence, I won’t put it beyond them to win this game comfortably.

Who Will Make A Difference For Delhi Dynamos And FC Goa?

There are some direct matchups here that will decide the game. The first is Laxmikant Kattimani and Albino Gomes. Needless to say, Gomes is miles ahead of Kattimani. Kattimani can singlehandedly win Delhi Dynamos this game. It is almost a duel between him and Corominas on who can have more of an impact. Unfortunately, Kattimani is duelling facing his own ass. That is how confused he is on what he needs to do for his team.

Gomes, on the other hand, is in great form. He has made some crucial saves, collected some difficult balls, come for dangerous smothers, and won some vital one-on-ones. He’ll be a challenge for the likes of Ferran Corominas and Manuel Lanzarote. Lanzarote will, of course, be critical for Goa. Their style of play compliments him really well. He can dribble at defenders and make them panic. Lanzarote makes things happen. Once he has defenders committed he can either pass with élan or shoot with composure.

The player closest to Goa’s Lanzarote on Delhi’s roster is Chhangte but we don’t even know if he’ll start this game. While Goa’s style of play suits Lanzarote, Delhi Dynamos’ style of play doesn’t suit Chhangte. Chhangte is a traditional winger. He hugs the flank, beats the defender on the dribble, and whips in gorgeous crosses.

Uche isn’t the tallest, though, so his crosses need to be particularly accurate for him to make a difference. Lanzarote will easily have more impact in this game than Chhangte. This is an interesting matchup if you ask me. Vinit Rai and Ahmed Jahouh are similar. Jahouh may be more physical but Rai is more technical. They both drop into the defensive line to build attacks for their respective teams.

I like both these players but I have to say that Jahouh has more to offer. However, that is understandable because Jahouh is more experienced. He is not only older but also an international for his country while Rai is only at the beginning of his career.

Rai may end up being better than Jahouh by the time he reaches that age. As of now, though, Jahouh will win this battle hands down. The problem for Rai isn’t skills or mentality. It is again the fact that his team doesn’t play to his strengths.

I want to see Rai attack more but he has been instructed to stay deep and launch long balls. I’d rather he shrugs off his shackles just so I can see what he can do in the attacking half. He is an intriguing player but in his current role, he’s being wasted.