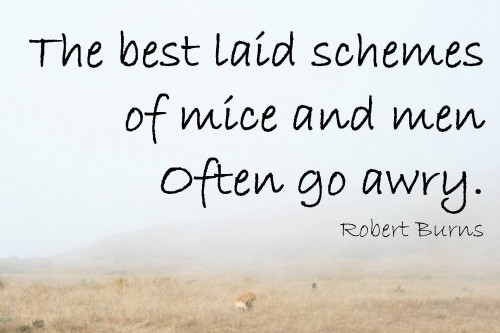 You know how most myths have roots in real life events? And, the way that religious scriptures often tend to give similar messages and advices? Well’ I’ve always pondered on that aspect.

My logic says that when it comes to similarity in mythical and fantastical stories, there actually must’ve been someone or some people who did those acts. People of those times, from different cultures, saw those acts as extraordinary and decided to turn them into stories.

Of course, the missile like arrows of Mahabharata, the lightning wielding gods of ancient Greece, and any other over the top achievements are most probably exaggerations. Ok, most like exaggerations. Fine, fine, exaggerations.

A Chance to Be Legends for Chennaiyin

Chennaiyin FC today come up against one such moment. They can do something that will be turned into myths and legends in the newly born civilisation that is the Indian Super League.

They can become legends in their own regard by doing something that’s never been done in Indian football*. They can overcome a 3 goal deficit and become the most talked about team in the league.

The Four Labours of Chennaiyin Hercules and the Lion

They can essentially become heroes in the Hero Indian Super League. However, what they face isn’t all that easy. Otherwise, why would it cause them to be immortalised.

One of my favourite mythical stories was the 12 labours of Hercules. Not from the 2014 movie that was crap*.

Chennaiyin task is herculean, won’t you agree? They are 3 goals down and have 90 minutes to score 3. After this, they’ll have 30 minutes split into 2 to score one more.

Failing that, they will have to out penalty Kerala Blasters. If David James is in goal then that, in itself, will be a mini herculean labour. Alternatively, they could just score 4 goals and not concede any.

Thus, my analogy of the four labours of Chennaiyin. I am calling each goal a labour because Kerala Blasters are a very good defensive team. You can call keeping a clean sheet as another labour if you want but I chose not to. Even the demi god Hercules couldn’t do his tasks by his lonesome. He needed companions and helpers. Chennaiyin are a fellowship of 11 companions and are allowed 3 enforcements.

If you’re thinking of the 11th Doctor Who, I must applaud you! You can see Elano as Hercules with 10 companions and 3 enforcements too.

The point I’m trying to make is that Chennaiyin can’t rely on Elano to bail them out of this mess like he has the potential to do.

If he does it then well and good but they should approach the match expecting him not to because he still only returning from his injury.

In fact, in the previous match, you could see how unfit Elano was. He wasn’t as active as he can be and was even taken off early. On the bench he had an icepack on his leg. The last game was a surprise to not only me but the whole country. Kerala Blasters weren’t expected to play the way that they did. They’ve been the least prolific team in the whole league i.e. they have scored the least number of goals.

The way they played at home should be a blueprint for Chennaiyin. Granted, they can’t have exactly the same strategy but Marco Materazzi can try to instil the same kind of attitude in his players at least.

Ideally, Chennaiyin would want to ensure that they don’t concede a goal till 20-30 minutes and score by the end of the first half. This should put pressure on Kerala Blasters.

Early first half should bring in another goal and then the game will be really on. That’s the ideal situation but it rarely ever happens that way in football. The biggest problem for Chennaiyin is pace which is to say that they don’t have any.

They’re sorely missing Stiven Mendoza’s pace and trickery but I doubt they have anyone on their books who can come in and replicate the same kind of influence at the drop of a hat.

Kerala Blasters Just Have To Avoid a Collapse After changing their style of play in the last game, Kerala Blasters can now go back to what they’ve been doing so well this season.

They have to get back to shutting up shop even if it means not being able to score.

Defensively, they’ve been the strongest in the league and they have to continue that. If they can get David James back between the sticks then their chances will improve.

There is a lot of wriggle room for Kerala Blasters too. They can actually afford to concede two goals and still make it through but they won’t want to get to that stage. They’d want to keep a clean sheet and hopefully nick one goal on the counter. All of the above basically adds to the simple fact that this task that Chennaiyin have set themselves is extremely difficult and almost impossible.

To summarise, they need to score 3 goals in 90 minutes against a side that only conceded a total of 11 in the last 15 matches! That’s an average of less than one goal in a game.

So, how will Chennaiyin approach the task? They will need to make their tactics more attacking. In the last game, they set up to be uber defensive but it didn’t work out for them.

They had Alessandro Nesta, Mikael Silvestre, Bernard Mendy, Harmanjot Khabra, and Dhanachandra Singh at the back along with Denson Devadas and Eric Djemba-Djemba in midfield. That’s 7 defensive minded outfield players. If you include the keeper then that means that Chennaiyin were playing with only 3 attacking players out of 11.

Oh, how it backfired for them. The best laid plans of men and mice often go awry eh? Chennaiyin will have to cope with plans going awry and should even expect it this time.

They need to do a reverse of that set up in today’s game. I would like to see the back 5 to remain same but the defensive midfielders to be removed for Bruno Pelissari and Bojan Djordjic.

It would also be worth considering replacing Jeje Lalpekhlua with either Jean-Eudes Maurice or even Jayesh Rane because Jeje has been off his game for some time now.

So, there you go, that’s what Chennaiyin need to do to turn things around, in my humble opinion. I don’t really have any inside source so for all I know Materazzi will go with 9 defenders. Somehow, I doubt that though.

*I accept that I’m not savvy with the history of Indian football so if I’m erring with this juxtaposition kindly chalk it up to poetic licence.

**The 2014 movie is utter tosh by the way. I advise against watching it.