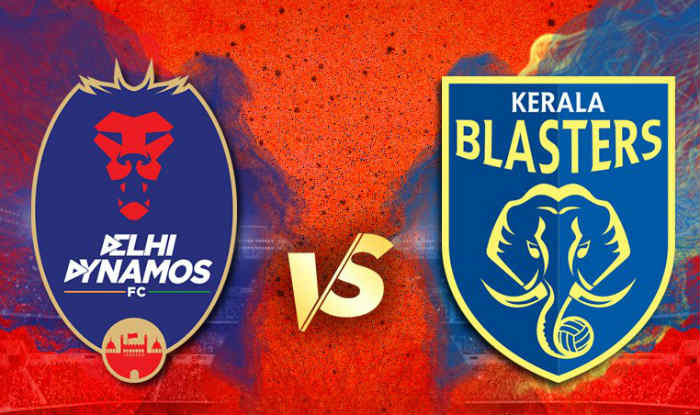 The Tuskers will travel to the capital of the country to face the most offensive team in the league, The Pride, in their own backyard. The game will take place at the Jawaharlal Nehru Stadium and should be thoroughly entertaining since the Delhi Dynamos FC need to beat Kerala Blasters FC to progress to the finals, after their 1-0 defeat in the first leg of the semi-final. There is no team more capable of turning over a deficit like that in the league this season than The Pride. They are, without a doubt, the best attacking outfit of the eight teams. Delhi Dynamos FC is an incredibly free-flowing, dynamic, and attacking team. Their front three i.e. Kean Lewis, Marcelinho, and Richard Gadze, are very effective when they linkup and interchange their positions.

Marcelinho, in fact, is the best player in the entire league. He leads the league in goals (9), assists (5), and even in shots taken. Even Gadze is an effective force. He is second on the assists leader board with 4 assists and even has 5 goals to his game.

Behind the front three, the midfield is controlled by the legendary French player, Florent Malouda. Malouda also have 5 assists in the league and is the second leading passer of the league. What all these statistics show is that The Pride happens to be the highest scoring, highest assisting, and the best passing team in the entire league.

This is why their defeat at the hands of The Tuskers in the last game was more of an anomaly than norm. Delhi Dynamos FC was decidedly lacklustre last time out. They couldn’t stamp their identity on the game which is why a single moment of brilliance from The Tuskers undid them.

That 1-0 loss means that The Pride need to win this game by at least 1-0 in normal time. A 1-0 score line in favour of Delhi Dynamos FC will mean extra time. Extra time will be a problem for both teams in this game particularly since fitness is a huge issue for all Indian Super League teams.

For The Tuskers, their win over The Pride in the previous leg puts them in a very good position. Now, just avoiding defeat would be enough for them to progress to the finals. The previous game’s win was actually a surprise simply because The Pride has blown away all comers this season.

There were three factors that contributed to The Tuskers’ win over The Pride. The first was a moment of individual brilliance from Kervens Belfort who dribbled the ball from deep in his own half all the way to the goal. Belfort actually beat a number of Delhi defenders before slotting the ball past The Pride’s goalkeeper.

The second factor was the fact that the Delhi Dynamos FC players, themselves, failed to show up for the game. The last and the most important factor, though, was The Tuskers’ home support. Kerala Blasters FC has the best support in the league not only in terms of noise but also numbers. Their home ground has been a cauldron of fanaticism that has fuelled their performances.

While Delhi Dynamos FC didn’t play their last game well, it was partly due to Kerala Blaster FC’s defensive strategy too. The Tuskers shut down The Pride’s offence by a simple expedient i.e. keeping their wingers from cutting in. This nullified their best player Marcelinho and his foil Kean Lewis while simultaneously isolating Gadze.

The Tuskers will want to repeat that defensive performance. Fortunately, it should come naturally to them, since that is their primary style of play. The Tuskers have a defence-first style of play where they rely on the athleticism of Cedric Hengbart and the leadership qualities of Aaron Hughes, their marquee player.

In attack, The Tuskers are very much influenced by English football since their coach, Steve Coppell, is English. They like to put in crosses from the wings as well as drop long diagonals from one side to the other onto the heads of their very tall players.

As a result, Cedric Hengbart, a defender and Mohammed Rafi, a striker, are first and second in the league in aerial duels won. Their best attacker, though, is the Indian CK Vineeth who has scored 5 goals in only 7 games. The Tuskers will counterattack in this game and will want Vineeth to be at the end of at least one such counter.

Mauling by Paws or Impaling by Tusks; This Will Be a Gore Fest

However, it is unlikely that The Tuskers will get many chances to counter in this game. We expect them to be pegged back in their half by the attacking verve of The Pride. In fact, we don’t even expect The Tuskers to hold out through the full 90 minutes without conceding a goal, even though they have some of the best defenders in the league.

The constant attack from The Pride will tell by the end of the game. For us, this game will see Delhi Dynamos FC progress to the finals. It will be a high scoring game. High scoring games are hard to predict but it will probably be 3-2 in favour of The Pride. Our bonus prediction will be a goal from Gadze and an assist from Marcelinho.