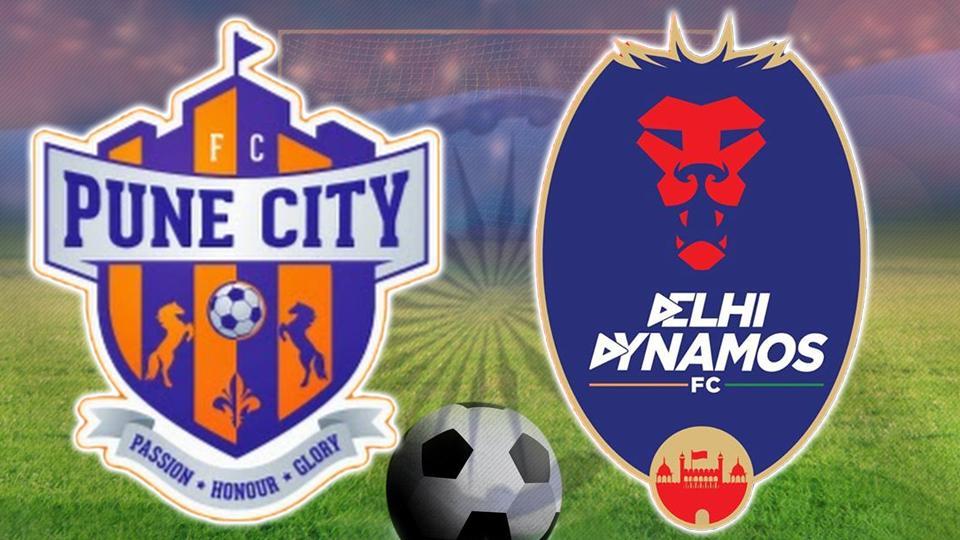 Cross Pollination of Players between the Pride and the Stallions

It is refreshing to have a break of three days in between Indian Super League games. The break was well utilised I can assure you with loads of food, drinks and merrymaking. I kid you. My break was full of diapers and baby food. Equally exciting, though, I assure you. Today’s matchup is a very interesting one. There are multiple variables at play between FC Pune City and Delhi Dynamos. There is no way in hell that I will be predicting this game. What I will do is try to point out key points. Here we go. Question: what happens when you replace the man who has been creating a team a month or two down the line and that too after the draft and recruitment has already occurred?

There are two things at play here. Nothing happens if the Pune City senior management decided the direction of the club including recruitment. A lot happens if the head coach was at the helm of these decisions because the new coach is hamstrung with players he may not have chosen.

Either way you look at it, it’s not good. I will never support club owners that try to interfere with personnel and on-pitch activities. That way lays madness. Abramovich is an exception, all you Chelsea fans. The coach is unable to express himself and doesn’t take on the responsibility for results. There’s a distinct lack of accountability when senior management starts interfering.

I have a feeling Antonio Habas was let go because he wouldn’t stand for said interference. I don’t know Popovich is the kind of person who tows the party line but on evidence I would think that he does. For one, he accepted the role left vacant by Habas the Henchman. For another, he’s from Japan. People who don’t respect (bow down to it is what I mean) authority don’t really amount to much in Japan. This is precisely why Japan is so efficient and deficient for that wonderful muse for creativity – chaos.

Having said all that; let me specify that I don’t know jack. Jack is some American who hangs out with Daniel a lot. I would like to get into that esteemed company of Jack, Daniel, Jim, and Bean (cough, Beam).

Speculation aside, here’s what I absolutely expect from Popovich. I expect his team to be extremely well drilled. His time in Japan will do that. I expect them to be cohesive and work well together. I also expect them to be very fit, which will be a huge novelty for ISL. Combine those two and you can expect some serious work ethic in Pune City players.

Finally, I will expect his team to be peppered nicely with some youth. Popovich has a history of developing youngsters who end up making their national teams. Notably, we’re talking about nearly 20 players in Japan and South Korea.

Incidentally, a lot of Pune players didn’t get much match time in the last year. This usually leads to lack of sharpness and match fitness. Shouldn’t be that much of a problem with Popovich at the helm, shouting “FITNESS AHOY” at the top of his voice.

Fun Fact: A number of Pune City players are former Delhi Dynamos players – Marcelinho, Kean Lewis, and Marcos Tebar (not the rice variety from India Gate but the player… maybe from the city of India Gate). This is the most exciting part of FC Pune City. Their attack has me slobbering like a man given gourmet level non vegetarian dishes in the middle of his bedroom along with some Beer and superhero movies.

They have Marcelinho, Kean Lewis, Emiliano Alfaro, and the new boy Diego Carlos. I have no doubts about it. If I was Popovich I would have Alfaro up front and Marcelinho supporting him in the middle. Also, if I was Popovich, my kid would be calling me by my name:

“Popo, which way to kick the ball”

On the flanks, I would put Kean Lewis if not a youngster. That, folks, is a very good attacking line-up. If you want to make it slightly defensive, slot in Baljit Sahni on one of the wings. In the midfield, I’m at a loss except for being sure that Marcos Tebar will start. Tebar is very much a defensive midfielder so he should be screening the Pune defence. Even though Tebar can pass the ball fairly well, he will need someone creative or semi-creative next to him.

This makes me think either of Jewel Raja or Isaac Vanmalsawma. I’m leaning towards Raja for his experience but for all I know Isaac has been performing better in training. One to watch out for, for sure.

Jonatan Lucca and Robertino Pugliara may both suffer due to the limitation of foreigners in the team. Defence is where Pune may suffer in my opinion. Firstly, they, like many ISL franchises have gone with only Indian keepers. These include Vishal Kaith, Kamaljit Singh, and Anuj Kumar. Kaith has better reputation but Singh is older at 21, which isn’t much anyways. This is a drop ball between Kaith and Singh i.e. the opposite of it. Whoever drops it loses. I like that terminology. Don’t ya?

In defence, Rafa Lopez should be a pillar. It is his partner where things get muddled. Looking at Popovich, I think Nim Dorjee Tamang may get the nod. However, Damir Grgic should be in with a shout too, foreigner limitation permitting. If there’s space for a foreigner in the team, I may put Grgic in.

In full-back positions, Lalchhuanmawia Fanai should grace the left flank while Nim Dorjee Tamang can also play on the right. If it is Tamang on the right that may leave a spot open for either Gurtej Singh or Grgic. Let’s see. Delhi’s been consistent in the last two seasons. They’ve made the playoffs both those times which is quite good. I think they may not be able to do the same this season and will especially lack the verve and style of 2016. They no longer have Marcelinho, Tebar, and Kean Lewis which will be a big blow to them.

They have a very good coach in Miguel Angel Portugal, though. They have Portugal from Spain, heh! Portugal is very good with tactics. His training came at Real Madrid second teams. This also means that his style will be flank focused with whipped in crosses.

While they don’t have gigantic behemoths in their team for it, they have personnel who will do justice to that style of play. It will be interesting to see Portugal’s team sheet and tactics because he’s admitted that he wanted to keep Marcelinho and Tebar but couldn’t because Delhi Dynamos didn’t have as much money as Pune City! The Delhi Dynamos attack will be led by Kalu Uche who is more than capable of doing that. He’s a Nigerian international and was crucial in the 2010 FIFA World Cup for them. He’ll score a few too.

It is possible that Portugal will put Uche on the wings and ask Guyon Fernandez to lead his attack. This way he gets both of ‘em into his team. Besides, Fernandez is much taller than Uche.

The other wing position will be occupied by Seityasen Singh, the former NorthEast United player. Lallianzuala Chhangte will also be in with a very good chance to occupy the wings along with Romeo Fernandes. In midfield, I’m pretty certain Paulinho Dias will start. It is possible that Eduardo Moya will partner him. Moya is mainly a right back but I feel he’s better utilised in defensive midfield position. If it isn’t Moya, then I don’t know who Portugal will choose to partner him. Maybe Matias Mirabaje as an attack minded midfielder or Nanda Kumar as a defensive one?

I’ve already mentioned the wingers in the attack section. They could all be pulled back to operate as more conventional wide men than attackers. I know I’m not telling you a lot but I’m desperately short on time and knowledge on this one. I can definitely say that Delhi Dynamos will build up play on the flanks. Albino Gomes should begin as the goalie for Delhi Dynamos.

He will be protected by the Venezuelan Gabriel Cichero who could be partnered by Eduardo Moya. The reason why I don’t want to play Moya in his favoured full-back position is that Delhi Dynamos have good Indian full-backs in the form of Lalmangaihsanga (Sena) Ralte and Pritam Kotal.

Defence shouldn’t be that much of a problem for Delhi dynamos. They even have Rowilson Rodrigues and Pratik Chowdhary as backups. Attack is a much bigger dilemma for them and I think they’ll suffer there.