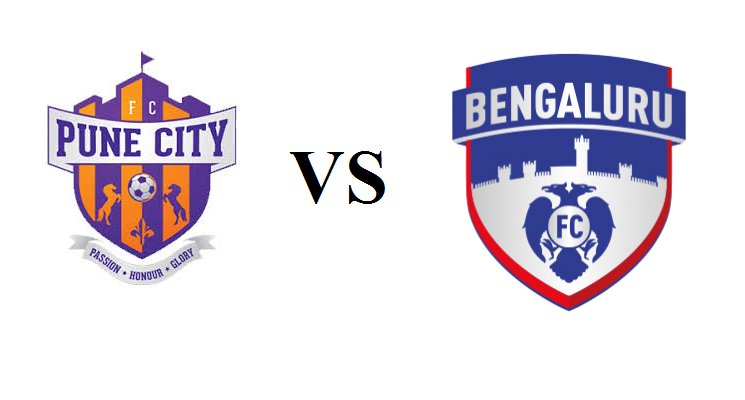 It isn’t often that you see a top of the table clash but feel certain that you know who’ll win it. Generally speaking, teams at the top end of the table are close enough for you to be unsure about predicting the result. As I write this, I have a fair idea of who will win this game but hold on my dear Watson, it isn’t so elementary. FC Pune City come into this game off a very hard fought victory over Jamshedpur FC. You’ve got to give this to Jamshedpur. While they may never threaten to win, they make it damn difficult for the other team to win too. They’re like the anti-win team.

It’s not unlike the anti-hero of comic books. You know, the guy who does some good (win in case of Jamshedpur) sometimes, but is a right annoyance (draws) most of the times. No Jamshedpur fans, I didn’t just compare your team to Deadpool or even Wolverine, those guys are way too cool for a team that loves to draw.

Coming back to the point i.e. FCPC, I don’t think they deserved to win against Jamshedpur. It just came about because of a highly unlikely error from the indubitable Subrata Paul. At the same time, FCPC didn’t deserve to lose their previous game to Chennaiyin but still did. So, it balances out.

This tendency of football plays havoc with us football analysts and predictors. More importantly, these close wins are very misleading when it comes to the form of the team. Table doesn’t lie though. If FCPC are one win away from topping it then they must be doing something right.

That “right” is their playing style. While FCPC’s footballing style may not be as purist as FC Goa’s, theirs is a joy to watch too. They pass the ball around well in midfield largely because of Marcos Tebar’s influence.

FCPC are such good passers that they have the third highest number in the league. They pass the ball around so well that they are second in the league in touches. Only other teams in the league that match FCPC in passing are Delhi Dynamos and FC Goa.

When they reach the final third, they give the ball to Marcelinho to weave his magic on the dribble or with a pass. The coup de grace, of course, comes from Emiliano Alfaro who can be lethal when given a chance.

Bengaluru FC’s (Not So) Secret Weapon Specifically, Bengaluru won their last game when Rehenesh TP gave the ball away. The ball was intercepted by Udanta Singh while his cross was finished off by Miku. Whether their fans admit it or not, Bengaluru FC won this game because of their goalkeeper. Lalthuammawia Ralte was a revelation in that game and it will be interesting to see if he continues in goal in this game.

A win would see Bengaluru FC solidify their position at the top of the table. Anything less than a win and they’ll risk losing out to FC Goa, when they play their fifth game. Bengaluru have the experience to do this. They will rely on their direct style of football along with their incredibly effective high press.

Bengaluru players tend to hunt in packs of two or three players deep in opponent’s half and for a passing team like FCPC, this is an ideal strategy. This, combined with their direct playing style, gives them many shooting opportunities. This is evident by the fact that Bengaluru are second in the league in shots taken. They have 50 in total which means that they get at least 12.5 shots off every game. If they continue the trend here, then they’ll win this game by a good margin.

The Secrets to Winning Tinkering with formations will not help either team here. Both of them have been playing the same formation from the beginning of the season. The preferred formation of both these teams is the 4-3-3. I don’t think this formation is different from 4-5-1. It’s just about pulling the wide players back while defending and pushing them on while attacking.

There are lots of variations within this formation, though. Bengaluru has been more stable with their formation while FCPC have been a little more adventurous with variations of this core formation. I don’t think tinkering player roles is going to help FCPC so much in this game, so Popovich would do well to give his players stability.

FCPC have enough quality in their team to see off Bengaluru FC but they’ll have to play the perfect game to do this. Luckily, they also have the style that is required to beat Bengaluru. Before this game, I’m pretty certain that Popovich would be watching Bengaluru’s FC Goa game.

While the score line was close, Bengaluru were soundly beaten by Goa and Goa did it by countering their high press and physicality. If Popovich studies that game and pours some cement down his players’ spine, he’ll be able to get one over Roca.

While FCPC has the tools for beating Bengaluru, they also have the type of chinks that Roca can exploit. Bengaluru’s high press is the perfect way to nullify passing teams. If you combine this with their physicality, I think FCPC will have trouble coping.

The real trick to beating FCPC is to disrupt the supply lines leading to Marcelinho. If Bengaluru can prevent the ball from reaching Marcelinho, they’ll achieve three things. The first is that they’ll render FCPC toothless because Marcelinho is their creative lynchpin. The other is that they’ll nullify Emiliano Alfaro at the same because he depends on Marcelinho to supply him.

Finally, they’ll aggravate the already volatile temper of Marcelinho. Marcelinho is prone to lose his head. If Bengaluru can keep him from the ball, they’ll incite him to do something stupid as well such as shooting at goal from impossible angles and lunging in two footed on tackles. Chennaiyin did this really well.

FCPC has another very dangerous flaw. They foul a lot. They’re second in the league in fouls committed with 79 fouls. That’s nearly 16 fouls per game. With the kind of height Bengaluru possesses, you can be sure that they’ll score through a set piece in this game.

On top of this, they will be without Lalchhuanmawia Fanai, the left back who received two yellows in the last game. I can’t predict who they’ll put in his place but if they put Baljit Singh Sahni, they’re in trouble because of his height and lack of technical ability. They’ll be better off playing a central defender out of position.

I not only think Bengaluru will use set pieces to dominate FCPC but also the high press. FCPC will probably lose this one but I do think there are goals in this one. Bengaluru are the second highest goal scorers in the league with 10 goals while FCPC have scored only one less than them. FCPC’s 9 goals makes them the third highest goal scorers of the league. Now, you see why I think there are goals in this one.

Key Players for FCPC and Bengaluru

By now, everyone knows the key players of all the Indian Super League. I’d still like to point them out quickly for those who haven’t been following the ISL4 diligently enough. There are three matchups in this game that stand out and individually FCPC looks to be winning out. Marcelinho will always dominate this league in terms of numbers. He just has that much quality. As of this moment in the league, Marcelinho has scored 2 goals, dished out 3 assists, and taken 10 shots. All of those figures are special and put him the top end of the table of individual achievements. If it wasn’t for Corominas and Lanzarote, Marcelinho would probably be the best player in the league right now.

He wins out quite comfortable against the primary Bengaluru playmaker – Udanta Singh. Udanta Singh has 2 assists, no goals, and 6 shots. Although, he has performed well so far, his is a candle against Marcelinho’s chandelier. This would be a tie if you don’t consider the support system these guys have. Alfaro and Miku are extremely capable strikers but I think FCPC gives Alfaro more support than Bengaluru gives to Miku. This makes Bengaluru more defensively sound while FCPC becomes less defensively stable.

Both these guys have scored 4 goals each, although, Alfaro has played one game extra. As it is, this is a tie and both these players will look to impact the game in their own way. It will come down to their team’s play and their form on the day. No way to predict this one, I’m afraid. Tebar and Paartalu are different players. I feel it would be silly to compare them but they’re the heart of both these teams so it is important. Their styles of play are different. For example, Tebar controls the FCPC midfield while Paartalu leads it. It seems similar but it is not. Tebar is more of a technician who has some physical aspects while Paartalu is highly physical who has some technical skill.

Paartalu is very dangerous when he moves forward because he can score goals with his physicality. He also moves forward fairly regularly with special emphasis on set pieces. Tebar moves forward infrequently and prefers to control the midfield strings from the back.

This difference is why Paartalu has more goals than Tebar. He has 3 goals to Tebar’s 1, while both of them have one assist each. Both of them perform equally well on the defensive side of things.