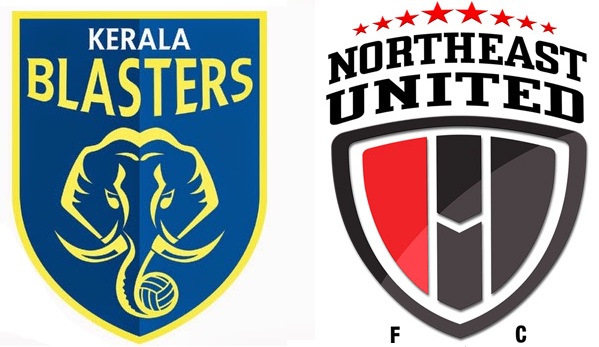 The Highlanders will travel south to face The Tuskers at Kochi’s Jawaharlal Nehru Stadium in what will be the last game of the league phase of ISL-3. Despite that, however, the game will be a tense affair because it will decide the fate of both the teams involved. The result of this game will define the last semi-finalist of the current season. The requirements are different for both the teams, though. Kerala Blasters FC has better odds in this game. The Tuskers only need to avoid a loss to clinch the last playoff berth by virtue of the fact that they have a point more than their opponents in this game.

Considering the start The Tuskers had to the season, it is a surprise that they’ve made it so close to a semi-finals berth. Their first two games were losses but such is the turnaround by this team from the south that they’ve only lost 2 games out of 11 since.

They’ve achieved this turnaround by focusing on defence first. In fact, The Tuskers can be defined as a defensive English team because their offensive style is distinctively English. It is understandable too since they have an English manager in Steve Coppell.

Defensively, The Tuskers have relied on the leadership qualities of Aaron Hughes and the proactive qualities of Cedric Hengbart. Hengbart has aerially dominated most games he’s played, which is why he leads the league for aerial duels won. While Hughes hasn’t featured in the numbers, his marshalling of the Kerala defence has been one of the standout features of the league.

The offence of The Tuskers, unfortunately, hasn’t clicked as well as their defence which is evident in the fact that they’ve scored the least number of goals in the league. They would’ve probably not even scored that much if CK Vineeth hadn’t come into the fold and scored four goals in the last five games.

Vineeth, in fact, is the most in form striker in the league along with Marcelinho of Delhi Dynamos FC. He even has the best goal to game ratio. On top of his goals, he has also managed to contribute with an assist. Another offensively key player for The Tuskers will be Mohammed Rafi who is third in the league in headers. Rafi is an important cog of The Tuskers’ gameplay because they whip in a lot of crosses. The Tuskers’ opponents in this game are on a decent run of form since they’re unbeaten in their last four games. The Highlanders’ style of play is decidedly possession based. They pass the ball around till they spot an opportunity to set someone loose behind the opponents’ defence. Thus, they rely heavily on through balls.

Defensively, The Highlanders are an enigma. They don’t win a lot of headers, they don’t make a lot of tackles, and they don’t even have a lot of interceptions to their name. This simply means that their defence is passive in nature wherein they sit back with two banks of four and keep their opponents at an arm’s length.

They also have many good individual performers. Their keeper Subrata Paul is very accomplished and has the most clean sheets in the league. He is also 3rd in the league in saves. The Highlanders’ midfield lynchpin is the breakout Indian star, Rowllin Borges. Borges leads The Highlanders in passing and interceptions both. Amongst forwards, the dynamic running of Emiliano Alfaro and Nicolas Velez dovetails well with The Highlanders’ dependence on through balls.

In practice, they have managed to stay in contention by beating the all-conquering Delhi Dynamos FC in their last game. While that win was impressive, it needs to be taken in with the fact that The Pride didn’t have much to play for in that game. The same will not be true with The Tuskers.

This game is a clash of varying styles and The Tuskers are better suited for the win in this matchup. The Highlanders’ reliance on through balls plays directly into the hands of The Tuskers because they like to sit back and deny space to the opponents.

Similarly, The Tuskers’ dependence on crosses and headers will counter The Highlanders’ style of defence. More importantly, The Highlanders don’t have many accomplished headers in their team. Finally, The Tuskers are at home in this game and their home support is easily the best and most passionate in the entire league.

Their home support will put a lot of pressure on The Highlanders. We believe that these permutations will tell in the end on The Highlanders. Our prediction is a well-fought win for The Tuskers with a score line of 1 – 0. We’ll even stick our heads out and say that the goal will come from a header.