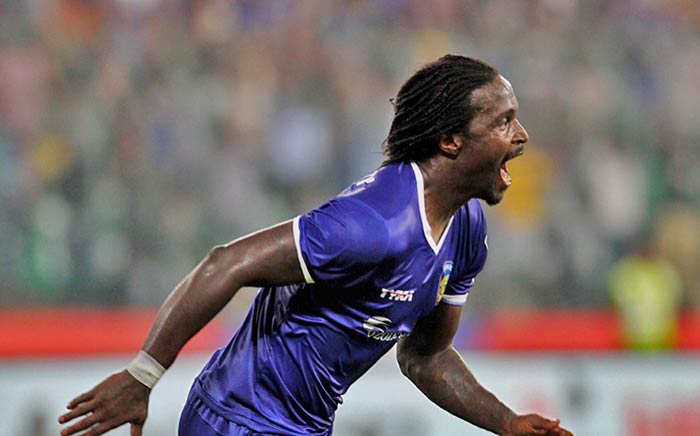 Wow! What a match that was! I am still catching my breath and trying to calm down my palpitations. This was a game that reminded me of the 2012 UEFA Champions League when Arsenal almost pulled off a wonderful comeback against Bayern Munich.

I remember that Arsenal had lost 3 – 1 at home against Munich. They went back to Munich and were one goal short of eliminating Bayern Munich.

If Chennaiyin had managed to pull off this wonderful comeback I would’ve cited Liverpool’s great comeback in UEFA Champions League final of 2005 when they came back into the game from being 3 goals down. This was sheer entertainment and it began even before the first ball was kicked with the way that the teams were set up.

For example, the way that Chennaiyin set up was very interesting. They chose to play 8 defensive minded players again.

I would’ve thought that they would’ve chosen to play Bruno Pelissari and Elano both along with Jean-Eudes Maurice and Jeje Lalpekhlua.

If anything, they went even more defensive than their last game. They took out, yes took out, Elano and Balwant Singh. For them, they brought in Gouramangi Singh and Marco Materazzi. I found that extremely confounding up until I saw them on the pitch.

This showed me that Chennaiyin were trying to use their size advantage. As a result I expected to see lots of crosses and freekicks being thrown in. I was proven right within a few minutes of the first half when Chennaiyin kept lobbing ball to Mendy and Materazzi.

Kerala Blasters, on the other hand, only brought in Sandesh Jhingan for Nirmal Chettri. I don’t think Kerala Blasters had any idea what Chennaiyin would throw at them. Of the two teams, Chennaiyin started much more brightly. In fact, they were so eager that the kick-off had to be done again due to infringement into the centre circle by one of the Chennaiyin players.

Chennaiyin attacked throughout and created the first great chance in the 12th minute. A cross came in from Chennaiyin’s left flank.

It was flicked on by Materazzi and a Chennaiyin player on the far post (I think it was Maurice) hit a venomous shot which the keeper got a hand to. The ball bobbled on the line before it was cleared.

The game was extremely intense. Chennaiyin players were trying to rile up all the Kerala Blasters’ players. Materazzi, I believe, raised his hand to Victor Herrero Forcada’s (Pulga) neck and followed it by condescendingly slapping Colin Falvey’s face.

In the 19th minute, Materazzi set up Jeje who tried the lower right corner but scuffed his shot. It still required the Kerala Blasters keeper, Sandip Nandy to stretch like a rubber band to save it. Kerala Blasters managed to create a chance of their own in the 25th minute via Iain Hume. Hume and Michael Chopra combined and the former used a little bit of his skill to get free in the box.

Unfortunately for him, Shilton Paul was off his line to block the shot. Shilton Paul, by the way, was brought on in place of Gennaro Bracigliano.

The situation got worse for Kerala Blasters a little later when Jamie McAllister was given his second yellow card for a rugby tackle.

His first yellow had come in 6 minutes for, get this, time wasting. That sending off made the match even more interesting. Chennaiyin had a very good call for penalty when Gurwinder Singh pushed Maurice. Instead, the referee gave Kerala Blasters a freekick for the following incident involving high boot.

In the 42nd minute, Chennaiyin completed their first labour. They won a freekick on the left flank.

Surprisingly, Materazzi took the freekick and delivered an Elanoesque ball into the 6 yard box. Mikael Silvestre ran across his defender and headed the first goal. Chennaiyin FC 1 – 0 Kerala Blasters FC Whatever Kerala Blasters discussed during the half time break, it came to naught because they gave away a penalty within 3 minutes of the second half.

Jhingan used Maurice for climbing practice and brought him down in the process.

The referee blew the whistle and Materazzi stepped up. He stroked the penalty home but the referee decided that it had to be retaken because of Maurice’s encroachment into the box.

The Calm before the Storm!

In the 57th minute, Chennaiyin brought on Elano when Nesta had to hobble off due to a faulty hamstring.

Moreover, after the 60th minute, there was a bit of a lull in the game as Kerala Blasters started wasting time by feigning injury. The game became broken and Chennaiyin couldn’t create any momentum.

I think fatigue also came into play because the players looked tired too. In the 75th minute, Kerala Blasters pressed the big red button with 12 letters on it – S.E.L.F. D.E.S.T.R.U.C.T.

It’s important to add that the mistake, in my mind, was from Nandy as opposed to Jhingan. That ball was in no way the keeper’s. Besides, Nandy was nursing a hamstring injury and limping all over the place. What was he doing running out of his box?

Chennaiyin Make Everything Even! Now, Chennaiyin only needed one more goal and I wanted them to get it because I wanted 30 minutes extra of this wonderful game.

Pelissari got a chance to level the aggregate score in the 85th minute when he broke through the Kerala Blasters defence into the box. His shot, though, ended up going wide.

It wouldn’t matter because on the stroke of 90 minutes Chennaiyin got their third goal by cheating.

Mendy drove towards the touchline in the 18 yard box and looped a glorious cross towards the far post. Jeje was there to hand the ball into the net. Chennaiyin FC 3 – 0 Kerala Blasters FC

I like the fact that this meant 30 minutes more but I didn’t like the fact that it came from cheating. Now, I’m not criticising Jeje because I’ve never been in the kind of situation he was in. For all I know, he handed the ball into the net reflexively.

I’m just ruing the fact that it took something like this for Chennaiyin to equalise on aggregate. I wish the goal was clean.

Chennaiyin now had their tails up in the air. Elano decided to test Kerala Blaster’s third choice keeper with what must’ve been a 35 yarder and another 30 yarder. Luis Barreto could barely keep the first one out while the second one flew over the crossbar.

When the extra time started, one thing would’ve been clear to anyone watching the match. The match was now Chennaiyin’s to lose because they had the better players on the pitch. In fact, their players were fitter too. They almost showed it in the 100th minute when Elano took a corner and Materazzi almost scored with his head.

In the 104th minute, the game turned on its head. The referee decided to give Materazzi his second yellow card in less than 5 minutes for what was an innocuous challenge. The first yellow card was fair but the second one was plain daft.

It was the wrong call from the referee just like Jeje’s goal was the wrong call. However, what it did was that it made the game 10 vs. 10. With all the remonstrations, angry words, criticisms, and questions from globally established football stars, this was trial by fire for the ref.

Kerala Blasters Pull a Rabbit Out Of the Hat The game was well spread with only 20 players on the pitch. Moreover, the fatigue made everyone slow so there were lots of gaps everywhere.

I said the match was Chennaiyin’s to lose and lose it they did with only 3 minutes to go. They allowed Stephen Pearson to score a goal from the middle of the 18 yard box with his left foot.

Granted, he got a lucky roll of the ball but his finish was good. I didn’t think Chennaiyin would have it in them to come back from this. Chennaiyin FC 3 – 1 Kerala Blasters FC.

For the last few minutes, Kerala Blasters would hold out and instead of either of the teams, the match would be counted legendary. This was special folks, I hope you saw it.

If you didn’t, I hope you read this. Even if you do, I hope you do it again! For now, your breathless friendly neighbourhood football buddy bids you adieu.