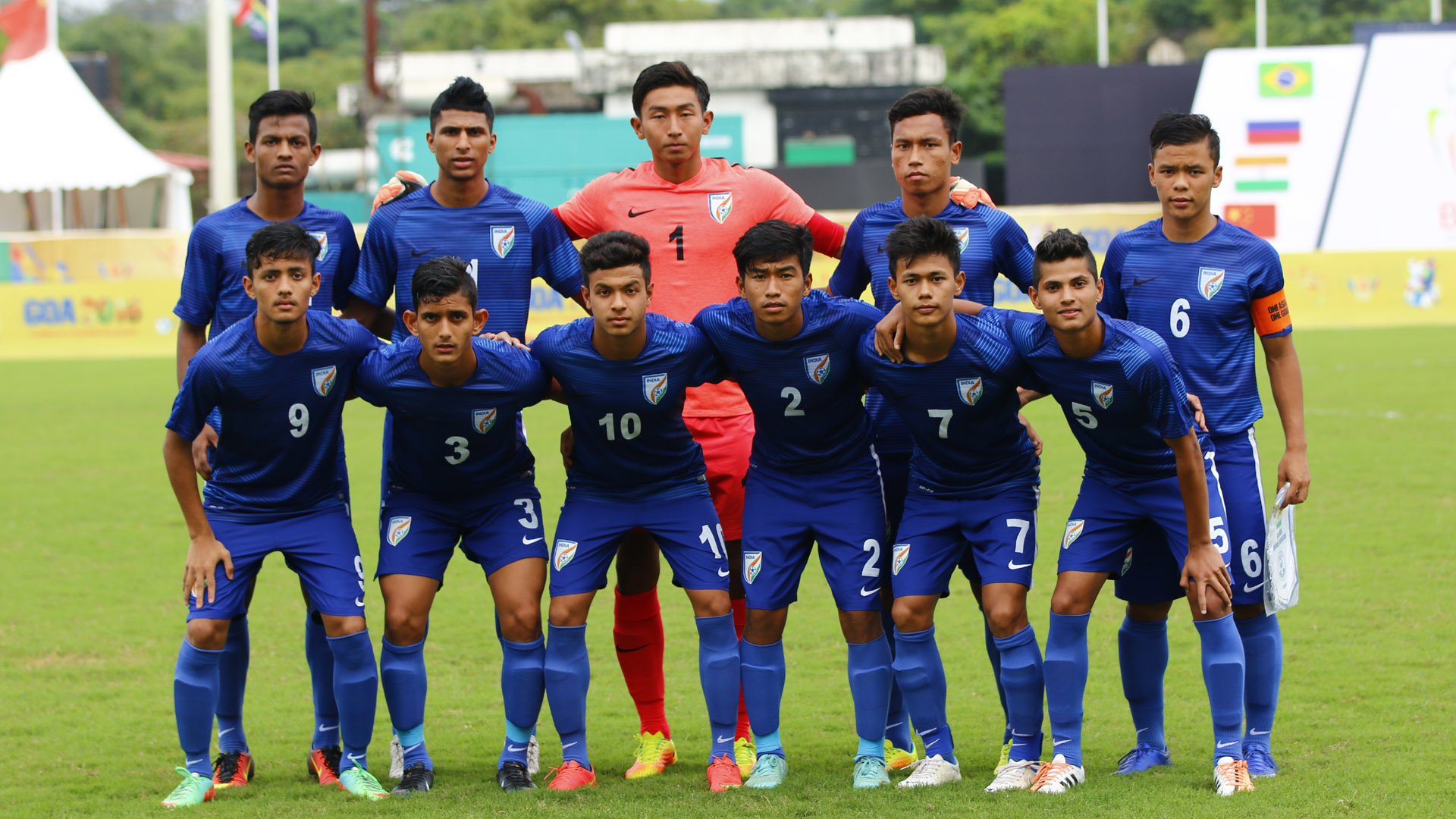 So… I got tired of doing armchair scouting series. I’m sure you got tired of reading it. This doesn’t mean I won’t do more of that. It just means that there’ll be stuff like this one thrown in sometimes. With the U17 World Cup over (guess what, India set a record for attendance), I felt it was logical for me to comment on the situation.

No, I’m not gonna waste our time on commenting on how great our team was or how distant we are from the required standards (been done to death both of them), what I want to talk about is the next step. It seems like the AIFF is all set to revive the Indian Arrows. That means you’ll be reading about the Indian Arrows here. A lot of you are new football fans who came on board because of the success of the Indian Super League. Many of you will be old fans in passing i.e. people who follow Indian football when convenient. You both may or may not know about the Indian Arrows aka Pailan Arrows. This section is a quick primer.

The Indian Arrows (Pailan or another variety) were a team comprising exclusively of Indian youngsters that played in the I-League from the 2010-11 season to the 2012-13 season. The team was set up by the AIFF mainly to give said youngsters enough competitive match experience. Here are some highlights of the nature of this “team”. The Pailan Arrows folded in before the 2013-14 season. Formally, they were disbanded because the Pailan Group could no longer handle/didn’t want to pay for the team’s upkeep. Informally, the Arrows were shut down because the developmental narrative had run its course for the commercial side (Pailan Group) and the institutional side (AIFF).

The Pailan Group probably bit off more than it can chew and the AIFF developed newer ambitions. Apparently, the year that the Arrows were shut down was also the year that AIFF clinched a Rs 700 crore deal with the IMG-Reliance group. In hindsight, I’m sure you see the correlation between the primary sponsors of ISL and that deal with AIFF in 2013. In the defence of the AIFF, the Indian Super League has done far more for young Indian footballers than the Arrows ever did or could.

However, if you actually read the brief history of the Indian Arrows, you’ll see an on-going trend of poor implementation. There were constant staff changes and delays which point at functional problems. Despite those, though, the Indian Arrows were destined to fail. Let me explain why.

Man is a creature of motivation and the motivation for all the people on the ground with the Indian Arrows was either absent or deeply flawed. Firstly, everyone believed that by just formulating the team and giving them the freedom to play in the I-League will lead to their development. This was a flawed belief as even the most efficient systems need to be maintained and managed for the right results. Entropy is the law of nature, not development.

To develop something, you need to put in the effort, time, and resources into it. This didn’t happen. The administrators of the AIFF believed that the idea will yield results once established. The head coaches believed that just game time will lead to development. The worst was the players. Because the players weren’t challenged – immunity from relegation and immunity from being fired – they never tried to get better.

The entire situation was artificially created. It was the perfect example of overprotection that Indian parents have the tendency to smother their children with. The best proof of my theory is the performance of the team in question. The team did very well in their debut season, coming in 9th with 29 points when their target was only 25 points. In subsequent seasons, the team came 13th and 12th i.e. second last and third last. With the strong showing of Indian youngsters, albeit with extremely low expectations, seems to have put a burr in the collective AIFF pants again. They’re all set to renew the Indian Arrows and field them, again, in the I-League. They’re expected to “hand” two-year-long contracts to prospects as well as extend Luis Norton’s (India U17 FIFA World Cup Coach) contract. Every two years, the team is expected to be renewed with newer faces.

I’m not completely on-board this idea. I have reservations against the concept on the whole but my real problem is with implementation. The AIFF doesn’t have the right tools, understanding, or the know-how to make this work. We neither have the infrastructure nor the mindset to spur these kids towards their true potential.

For example, what kind of facilities are we going to give them? Sepp Blather (Blatter), as despicable a human being as he is, described facilities at the three most historically relevant clubs of the country (East Bengal, Mohun Bagan, and Mohammedan Sporting) as “… from the past, past century”. It’s not even like these clubs couldn’t have upgraded. They could have, and easily too. It’s just that they chose not to do it. They chose not to focus on development.

Our cultural mindset is also limited. Delayed Gratification is a concept in sparse supply in modern civilisation. Succeeding in football requires graft. You probably think I’m talking about the kids and delayed gratification. No, I’m not. I’m talking the managers and the coaches.

I’m talking about the guys teaching these kids. They’ll want to progress their careers. How passionate do you think they’ll be about developing the football culture? How often do you really find people like Bobby Robson, Roy Hodgson, Brian Clough, Alex Ferguson, Johan Cruyff, Arsene Wenger, and Guus Hiddink? These are managers that were in football for football. This is why they succeeded in the first place.

“Short term over long term” seems to be the refrain I hear wherever I look, whether it’s in the government, the AIFF, or the football clubs. The same kind of refrain will be sung over the fading careers of these kids if they aren’t given the right guidance.

What’s The Alternative Then? I’m not an expert but I have ideas. I know many other Indian football fans that have opinions as well. I’m certain there are “experts” in India who can do better than all of us combined. Nonetheless, I’ll share my ideas with you. They’re fairly simple.

These are just some ideas but any of them will be better than the complacency inducing, substandard facility focused idea currently being bandied about. Maybe fan power will mean something now that there are so many football fans in the country? Maybe you can refine these ideas? Maybe you can see flaws, pitfalls, and drawbacks that I fail to spot owing to my biased position? Maybe you’ll share with us something better? Maybe AIFF will listen to fans someday. Maybe pigs could fly? Sigh…