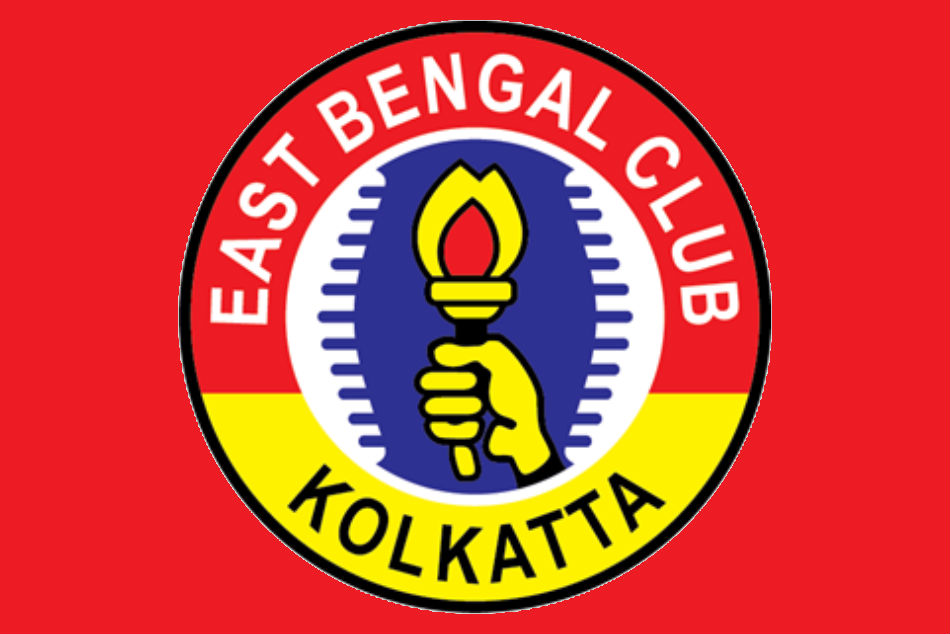 Do you know what the problem with East Bengal (and Mohun Bagan) is? They have this high opinion of themselves that is based on nothing but tradition. Neither of these clubs has performed well in the last decades barring one-off titles here or there. Other much poorly funded teams from hitherto unknown footballing parts of the country and overshadowed them. And, they still think they can call the shots… END_OF_DOCUMENT_TOKEN_TO_BE_REPLACED 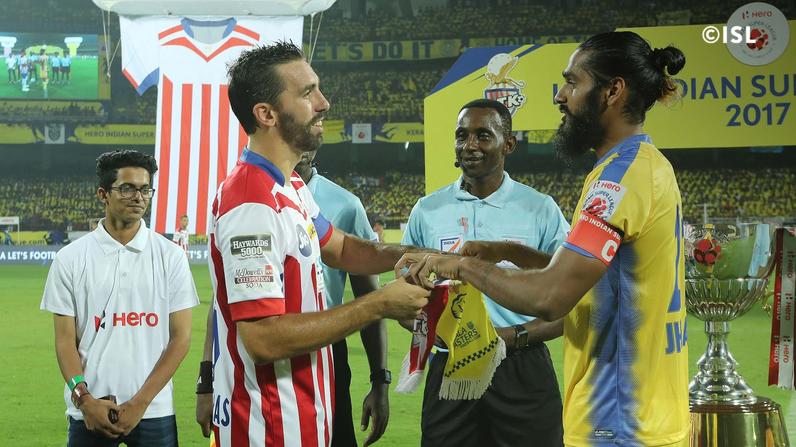 That match was a disappointment in 500 different ways. I felt so down and out after the game that I simply decided to crash for the day, although single malt whiskey may have something to do with it. But it says a lot about any game if you can’t enjoy it even with the crutch of alcohol. There was so much wrong yesterday that I don’t even know where to begin. I’ll try though. END_OF_DOCUMENT_TOKEN_TO_BE_REPLACED 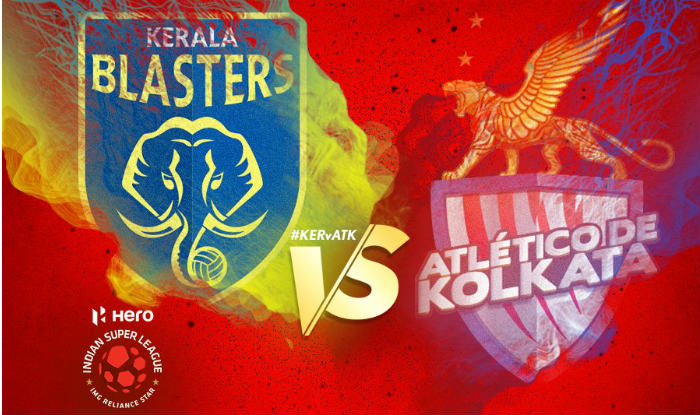 These two teams are possibly the most successful in the history of Indian Super League in terms of consistency. They’ve contested two of the three finals. However, the rivalry really came to a boil last season when ATK beat KBFC fifth time in 8 meetings at, you guessed it, the Tuskers’ home ground. That must’ve burned and KBFC fans must be itching for revenge. END_OF_DOCUMENT_TOKEN_TO_BE_REPLACED 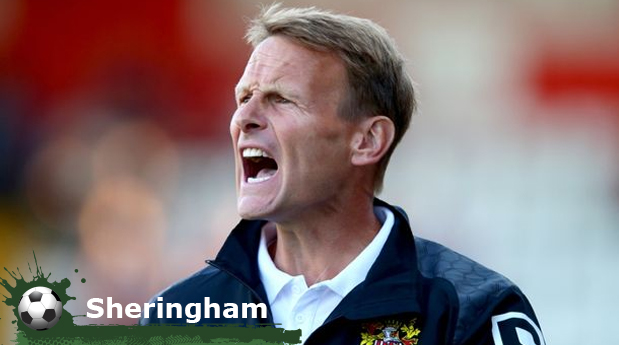 In this post, I will focus on Amar, Tomar, Kolkata (remember to use sarcasm tone), Kerala Blasters FC, Delhi Dynamos (haha Vogliotti), Mumbai City FC, and Northeast United FC (get someone, FFS).

From the outset, let me say that I like the business done by the previous year’s finalists, ATK and KBFC. They’ve gotten in big names and more importantly, they’ve gotten in some very effective players. The dark horse in this group will be Delhi Dynamos. Even with the Vogliotti faux-glioti fiasco, their objective of playing the South American brand of football interests me. I want to see how it works in India particularly considering our climate. Let’s go then. END_OF_DOCUMENT_TOKEN_TO_BE_REPLACED 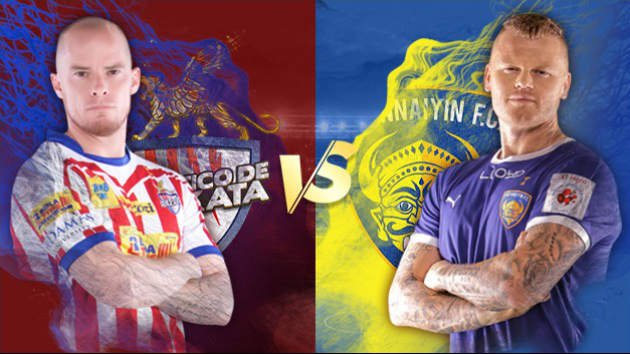 I’m very curious about a particular statistic about the Indian Super League. Of all the goals scored in the three ISL seasons, I want to know if the vast majority of them were scored in second halves. It’s easy enough to do. All one needs to do is check the scores in all the matches. I am much too lazy to bother. Are any of you interested in doing this? If you watched Atletico De Kolkata vs. Chennaiyin FC, then you know why I want to know.

This match ended in a 2 – 2 draw between the 2014 and 2015 champions. It should ideally have been a home victory but I think the change in stadiums for Kolkata caused some disconnect for its fans. They were mostly quiet throughout the match. Even when Atletico De Kolkata took the lead in the game, I didn’t notice any marked difference from the crowd w.r.t. to noise. Atletico De Kolkata were playing at the Rabindra Sarobar Stadium, as opposed to the Salt Lake Stadium which is being prepped for the Under17 World Cup.

Chennaiyin FC took full advantage of the apathy from the Atletico De Kolkata fans by bullying their players around. It was a nostalgic match for me, albeit in reverse. I remember Atletico bullying people and being overly physical in 2014. This time it was Chennaiyin being overly physical and Atletico players on the receiving end. It is to both teams’ merit that they managed to get a draw from the match because both of them had leads at different moments of time.

In terms of players, Sameehg Doutie stood out for me, finishing the game with one goal and one assist. Keep an eye on this kid, he can be good if he chooses to eat some protein and lift some weights. The team news for this one is interesting from the perspective of personnel as well as formation. Atletico de Kolkata chose a flexible formation i.e. 4411 or 442 with Iain Hume operating in the hole behind Helder Postiga. Postiga had a smashing start to the last season but his great start was brought to a gut wrenching halt by injury. He would be looking to avoid the same this time out – the injury not the goals, in case you were confused.

Jose Francisco Molina made an interesting decision by going with the Indian Debjit Majumdar instead of the Spanish Dani Mallo. This could be because of the ISL rule requirement of having at least five Indian players in the team. If Molina had gone with Mallo, he would’ve had to put an Indian in the midfield. It was probably a strategic decision. I’m inclined to trust Molina in his choice of goalkeeper simply because he was a keeper when he used to play. ATK were also without Pablo Gallardo and Ofentse Nato but put Sameehg Doutie (someone I wanted to see very much) into the middle. I was also excited about the combination of Hume and Postiga

I felt that Chennaiyin FC went with a defensive formation. Their formation looked like a 433/451 to me and it was understandable from Marco Materazzi. You see, Chennaiyin neither have Mendoza nor Elano – both of whom were their attacking lynchpins in the last two seasons. Duwayne Kerr was debuting for Chennaiyin. In central defence, Chennaiyin had two pillars of excellence in the form of Bernard Mendy and John Arne Riise. The question was who will start in the centre. My money was on David Succi with Jeje Lalpekhlua and Jayesh Rane on the wings. The first half began with Chennaiyin FC in the ascendancy. Their dominance was largely due to Atletico De Kolkata’s defensive strategy of high press. The problem for ATK was that Chennaiyin managed to play through their high press.

The issue was that Atletico De Kolkata weren’t pressing as a team. Their front line i.e. Hume and co was pushing but their defensive minded players weren’t pushing. Thus, Chennaiyin players were getting some joy with longer passes.

During this domination, Chennaiyin had the first and the best chance of the half to score. It came from a free kick that was taken by Hans Mulder. Mulder laid the ball off from the direct free kick to his left for a Riise wallop. The ball deflected off the wall, smacked against the underside of the crossbar, and bounced out.

The initial periods of the first half was typified by two things – the fact that Hume doesn’t age and the fact that Baljit Sahni likes to dive and con the referee. I’m sure that you can tell that I don’t condone the latter and respect the former. The second half began with a glaring mistake from Bernard Mendy as he fell over while trying to stop Postiga. The mistake went unpunished, though, because Riise mopped up.

Riise’s free kick continued to cause trouble for Atletico De Kolkata as Debjit Majumdar was forced to flap away an acute in swinging free kick. The free kick was promptly followed by counter attack from Atletico where Lara was set up by Hume only for the latter to deliver a tame shot directly at Kerr.

Just when everyone started thinking that this would be a dead, dull, and dreary 0 – 0 draw, Doutie popped up with a goal. Postiga ran with the ball to the left of the centre circle, drew all the defenders and spread a lofted ball to the right at the feet of the onrushing Doutie. Doutie’s first touch to take the ball down was butter on a pan.

The beauty of the first touch allowed him the time to take a second and set the ball up for a nice one on one with the keeper. The one on one was a result of the left back, Nalappan Mohanraj, tucking in for the missing centre back. The real culprit for the goal, however, was Jayesh Rane who failed to support his left back. Needless to say, Doutie finished with aplomb at 59 minutes. Atletico De Kolkata 1 – 0 Chennaiyin FC Atletico De Kolkata’s lead didn’t last for long, though. Chennaiyin FC equalised via the earlier culprit Jayesh Rane at 66 minutes. Rane made up for his mistake by breaking the offside trap and catching a scuffed shot from Jeje Lalpekhlua. Even though he was facing the keeper, there was still a lot to do. He did all that was required by controlling the ball and dinking it over the onrushing Majumdar. Atletico De Kolkata 1 – 1 Chennaiyin FC

Chennaiyin upped the ante four minutes later by taking the lead through a speculative shot that deflected into the net. Hans Mulder took the shot from well out. It didn’t even have enough power on it but it still deflected off Jose Luis Espinosa Arroyo or “Titi”, wrong-footed Majumdar and sneaked inside the post. Atletico De Kolkata 1 – 2 Chennaiyin FC

Atletico De Kolkata Get Loads of Chances; Convert One Going a goal down, lit up a fire in Atletico players’ you know where. They fashioned a chance for Postiga only for their marquee player to direct his free header straight at Kerr from a Doutie free kick. Postiga’s chance was followed by a chance for Hume. Hume was found on the far post by a cross but he could only flash his shot on the wrong side of the far post.

Hume even got a second chance. This time it was an absolutely free header from the same position. He was so free that he got confused by it. He neither shot at the goal nor set up his partner in crime, Postiga. His cushioned header was too close to Kerr.

Dudu, who had come on earlier, was the one to get a clear cut chance next. He met a cross from the left flank at point blank range only to loop his shot over. It was a position from where it would’ve been easier to score. That miss would prove to be very costly for Chennaiyin as Atletico De Kolkata would equalise through a Hume penalty. The penalty was won by Doutie as he was bundled over in the box on 84 minutes by Jerry L’Rinzuala. Hume converted the penalty by putting it into the keeper’s right hand bottom corner. Atletico De Kolkata 2 – 2 Chennaiyin FC