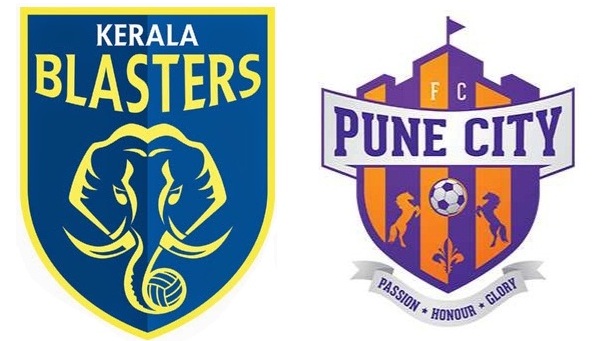 Two Teams in Dire Need to Bounce Back

Habas and his team FC Pune City will visit Coppell and his Kerala Blasters FC, at the Jawaharlal Nehru Stadium in Kochi. This is a very crucial game for KBFC and FCPC both since each of them is in need of a significant bounce-back.

There is a lot of similarity between the two teams. Both of them are on 15 points and are separated only by goal difference. Both of them are within touching distance of a semi-finals birth. Both of them have gone through poor stretches of results before turning things around with back to back wins. Moreover, both teams suffered in their respective last games in different ways, so it will be interesting to see which of them shows the most character and spirit. KBFC’s last game was a disaster. They went down two goals early in the first half to Diego Forlan. As they tried to regain parity with attacking football, they were put to the sword by Mumbai City FC. They lost that game 5 – 0. Irrespective of what anyone says, their last game will have had a huge impact on their morale which, in turn, would influence this game significantly.

After all, before their last game, KBFC were the most defensively sound team in the league. That game took them from the least conceding team in the league to an average team. Since their entire style of play is based on defence, the thumping they got in their last game would’ve affected them severely. In fact, the resounding dent to their morale will most likely result in Coppell setting them out even more defensively in this game against FCPC.

For example, if they don’t have their defence to rely on, they have nothing because they’re one of the lowest scorers in the league with only 9 goals from 11 games. The only silver lining in that dark cloud of despair will be CK Vineeth who has scored 3 goals in 3 games. Fortunately for KBFC, FCPC is in the same boat. For FCPC, the lack of morale will come from having lost their last game in the dying minutes to a stoppage time goal. Still, FCPC would be hurting far less than KBFC simply because they can rely on their standout performers.

Of these, Mohamed Sissoko, their marquee signing, will be the most crucial. Sissoko is renowned for his physical, tough-tackling style of play and has exhibited the same by being amongst the top 3 tacklers in the league. However, Sissoko has shown another aspect of his game this season too. He happens to be the second most proficient passer in the league.

In addition to Sissoko, FCPC will be able to rely on Anibal Zurdo Rodriguez, who happens to have scored only one goal fewer than the league leaders. Rodriguez has scored 4 goals.

Will It Be The Tuskers Or The Stallions That Stampede?

Even though FCPC has attacking potential, you can expect them to set out their stall to not concede. This is their usual strategy for away games. We expect them to maintain the status quo and not change something that has worked for them in the majority of situations.

So, that shows us that KBFC and FCPC both will be defensive in this game. They will play conservatively and avoid taking risks. Neither of these teams has the kind of player that can generate a moment of pure magic too. This means that this match will decidedly be a drab affair. Thus, our prediction for this game is a drab, goalless draw. 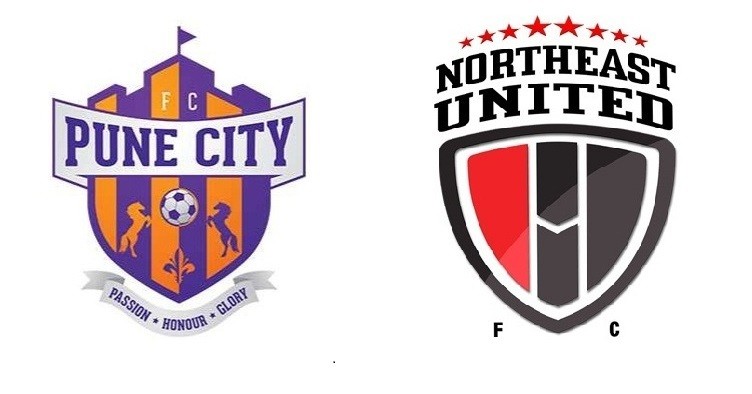 FC Pune City will look to pile on the misery on NorthEast United FC as the Stallions host the Highlanders at the Shree Shiv Chhatrapati Sports Complex Stadium. The matchup between these two teams is billed to be one where physical aggression is pitted against passing finesse. NorthEast United FC’s Nelo Vingada likes his team to pass the ball around on the deck before releasing the defence-splitting through balls. The Highlanders are fairly consistent in their formation, relying on 4-5-1 heavily. Even though they use a five-man midfield, they do tend to tweak within that formation to account for opponent’s capabilities. They switch between 4-1-2-2-1 with wide wingers for opponents that are dangerous on the attack and 4-2-1-2-1 with tucked in wingers for opponents that are defensively proficient.

The Highlanders started the Indian Super League season 2 in a rich vein of form, taking down FC Goa (2 – 0) and Kerala Blasters FC (1 – 0) but have since stumbled in their first away game at Mumbai City FC. Having said that, it is important to note that NorthEast United FC gave a good account of themselves in their last match, despite the 1 – 0 score line.

That single goal was a result of an unforced error by their marquee player Didier Zokora in the form of a poor cross-field pass over the penalty box. The poor pass resulted in the penalty that was converted. For this reason, it would be interesting to see if Mailson Alves, their primary defender, will return from injury to face FC Pune City or if Zokora will continue in defence. FC Pune City started the season poorly with a home loss (0 – 1) to their derby rivals Mumbai City FC. However, they turned things around in their last game away to FC Goa by stealing the game in the 90th minute. They won with a score line of 1 – 2 and the 90th-minute goal is bound to have left them in very high spirits coming into this game. Effectively, while the Stallions will be raring to go, the Highlanders will have to pick themselves up.

The home team has the potential to mix things up with respect to their formation. In the first game, FC Pune City set out in the 4-2-3-1 formation, while in the second they played in the traditional 4-5-1 formation. There will be a notable difference in style between these two teams because FC Pune City’s manager Antonio Habas likes a tough game.

He prefers a battling style of play with a lot of physicality, something that is reflected in his marquee signing Mohamed Sissoko. Sissoko really threw himself around in the last game but got away with it. If he continues this style of play, it wouldn’t be all that surprising if he receives his marching orders or, at the very least, a yellow card.

The result of this game will rest on which style of play comes out on top – the passing game or the physical game. Key players for both teams will be playing in the same positions i.e. the roving playmaker, defensive midfielder, and the goalkeeper. For the Highlanders, performances of Nicolas Velez and Borges will be the key since Subrata Paul, their keeper is certain to be stable and reliable considering his form. On the other side, The Stallions will rely on their playmaker, Jonatan Lucca, their keeper, Apoula Edima Edel Bete, and their defensive midfielder Sissoko.

The two teams can be said to be equally matched, so a scoring draw (1 – 1) will be the most likely result. However, if you were to be brave, a small punt towards a home win with a score line of 1 – 0 wouldn’t be all that amiss. A long shot would be to put money on Lucca to score; he’s in very good form.